At the beginning of the 20 th century, Bilbao was the great economic icon of the Basque Country and amongst the most important cities in the State. Its outstanding expansion and significant cultural development would only be interrupted by the Civil War (1936-1939), but the city would soon recover its capacity to generate wealth, becoming an attractive area for immigrants searching for a job in its flourishing industry. The urban and industrial landscapes would change to face rapid expansion, growing beyond the city's boundaries and reaching neighbouring towns on both sides of the ría del Nervión, thus forming today's Great Bilbao.

However, after Bilbao's economic boom, the iron and steel industry fell into a deep crisis at the end of the 20 th century that forced the city to think the foundations of its economic development over. Within a few years, the city and its outskirts were obliged to face the challenge of industrial restructuring and to deal with its negative consequences.

After years of financial uncertainty, Bilbao has once again become a dynamic city, full of amenities and focused on environmental and urban regeneration. With its lands freed from the old industrial settlements, the city is now undergoing a new physical transformation, becoming more and more appealing to visitors. The impressive Guggenheim Museum and the Euskalduna Palace, a conference and music centre, have become the icons of the new Bilbao, a city that is gradually regaining space and handing it back to the people.

The Plaza Nueva is 300m away

The Guggenheim Museum is 300m away

The Guggenheim Museum is 200m away 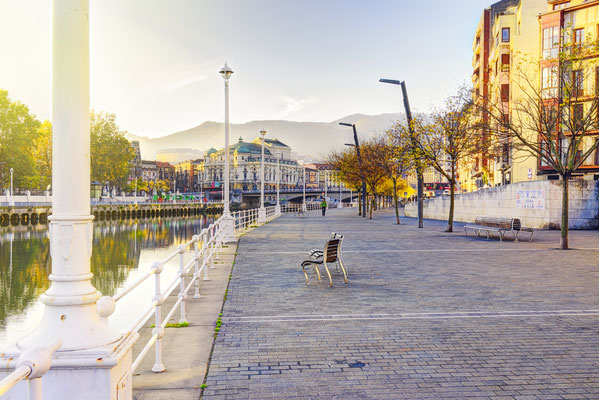 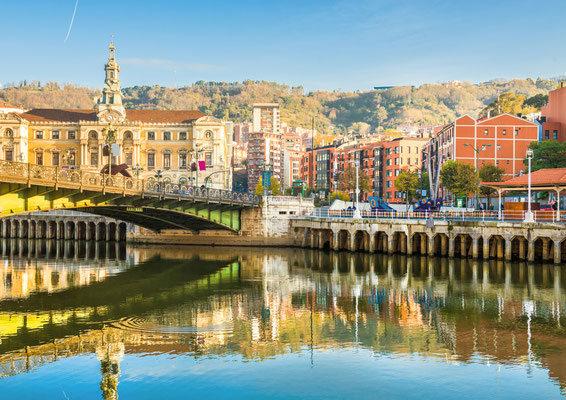 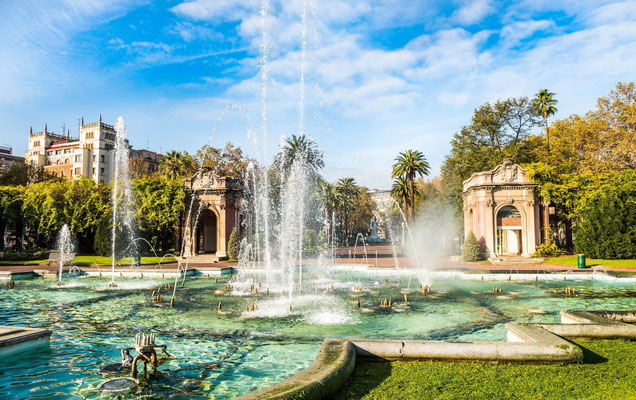 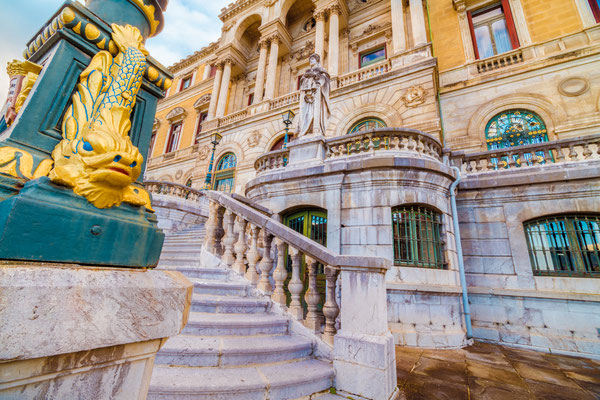 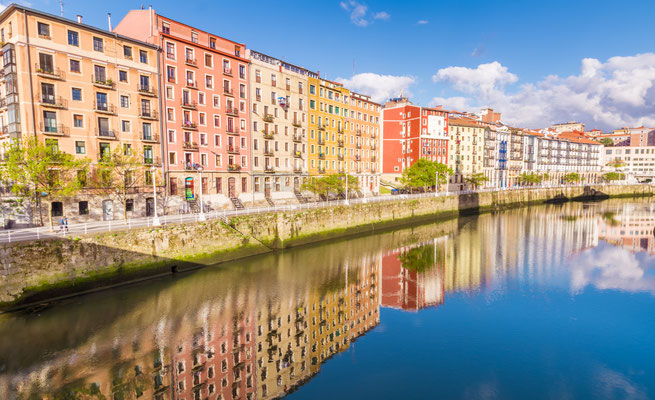 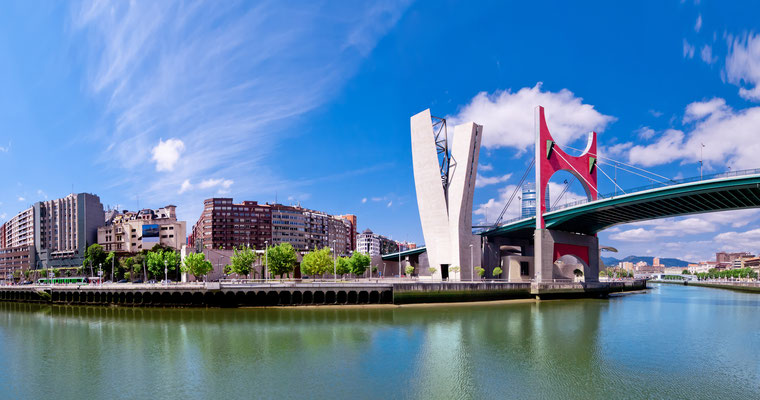 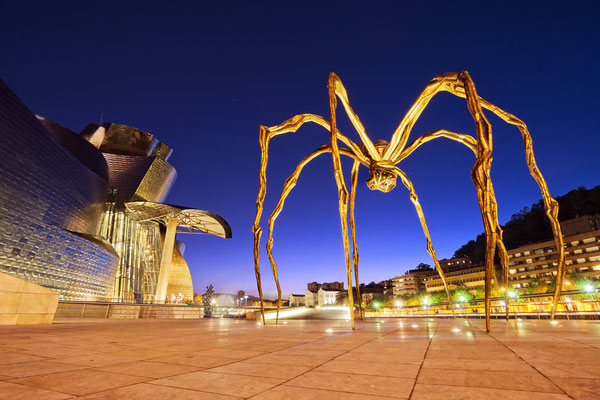 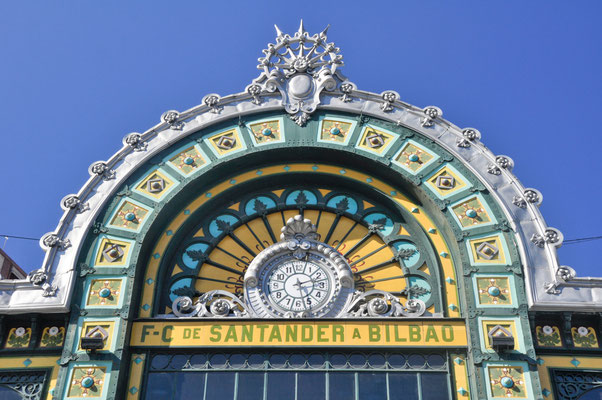 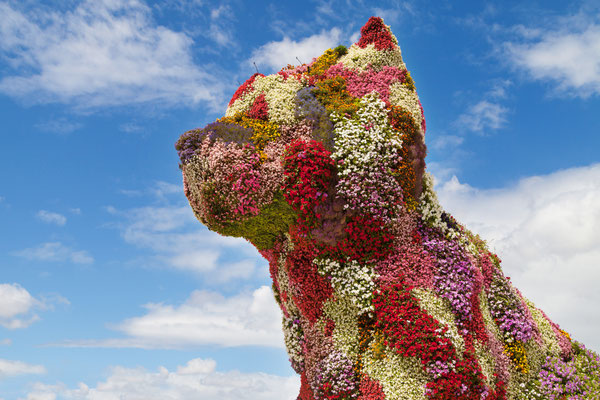 Bilbao Arte is an incubator for artists located on Urazurrutia Street, in the Old Bilbao-Bilbao la Vieja district. Along with a media library, and an important exhibition hall, there are a dozen studios available to be temporarily ceded to artists, with several workshops for photography, new technologies, engraving and a film studio.

The importance of the Guggenheim Museum Bilbao goes far beyond a mere artistic matter. It can be safely said that the appearance of the Museum in Bilbao has marked a turning point in the history of our city. That genesis, creation and evolution have become known as the Guggenheim effect, which will certainly be the subject of study in our classrooms in the near future. It all started in the early 1990’s in a post-industrial Bilbao immersed in an economic crisis making a change in direction a matter of maximum urgency.

Palacio de Olabarri in Bilbao is situated at the Paseo del Campo Volantin area. It was built in the 1890s and is an interesting mix of several architectural styles. In the late 19th century it was the residence of Bilbaino entrepreneur Jose Maria de Olabarri.

The Vizcaya Bridge was built to connect the two banks which are situated at the mouth of the Nervion River. It is the world's oldest transporter bridge and was built in 1893, designed by Alberto Palacio, one of Gustave Eiffel's disciples and Elissague. The Engineer Ferdinand Joseph Arnodin was in charge, and the main financier of the project was Santos Lopez de Letona.

Las Siete Calles or Casco Viejo in Spanish or Zazpikaleak or Alde Zaharra in Basque are different names for the medieval neighbourhood of Bilbao, part of the Ibaiondo district. The names mean Seven Streets or Old Town respectively and it used to be the walled part of the town until the end of the 19th century.