In the historical region of Transylvania, in a picturesque area, the city of Cluj-Napoca awaits quietly to be discovered. Cluj always got its essence through it`s people, who created a multicultural society where you’ll easily blend once you get to feel the city. Take a moment to discover and connect with Cluj-Napoca, you’ll see for yourself why it is called the Heart of Transylvania.

Cluj-Napoca has a special charm, given by the 2000 years history, the geographical location and the people, because here, time flows differently, and the people take the time to say hello to each other, to walk between the boomed trees in the Botanical Garden, to watch the reflection of the sun beams in the twin buildings on the Mirror Street, to smile and to invite you to discover the local culture and traditions.

Ancient culture and civilization center, Cluj is known from Roman times as one of the most important cities in Roman Dacia, mentioned by the geographer Ptolemaeus two millennia ago. The settlement was later raised to the rank of the municipality during Emperor Hadrian and was called Municipium Aelium Hadrianum Napoca, then to the rank of Colonia Aurelia Napoca, around the year 180, under Marcus Aurelius.

Today, Cluj-Napoca is the country’s second largest city, located in the center of Cluj County and covers an area of about 180 km2 on Someşul Mic river. Surrounded on three sides by hills with heights between 500 and 700 meters, it has the appearance of a real fortress.

Specific to the area of Transylvania, Cluj-Napoca is a multiethnic and pluriconfesional city, with a a population of 324.576 inhabitants accordind to the 2011 census. The metropolitan area has a population of 427.348 people.  Another 80.000 students, as non-permanent residents, increase the population of Cluj-Napoca by coming here to study and work.

Cluj-Napoca brings together historical communities of Romanians, Hungarians, Germans, Armenians, Hebrew, Roma, as well as recent communities of Italians, French, British, Dutch, Turkish, Asians. There is an ethnic, cultural-economic and religious diversity of communities that live in peace and learn from each other.

The city earned the title of “Capital of Transylvania”, because of the dynamism with which it has grown to become today the most important academic, medical, business & IT, cultural, sports and scientific center in Transylvania.

Whether you want to live a fairytale, get electric, enjoy some of the best cinematography, listen to good music while wandering in the park or just want to try out some tasty food, don’t worry, we’ve got your back. Cluj-Napoca City Days, Untold Festival, Electric Castle, Jazz in the Park, Transylvania International Film Festival (TIFF), Street Food Festival are just a drop in the ocean of events this city hosts. To help this statement, you should know that Cluj was honored with the title of European Capital of Youth in 2015. This city is effervescent, let’s put it that way!

This hotel has an excellent location score of 10

The town square is 2 km away 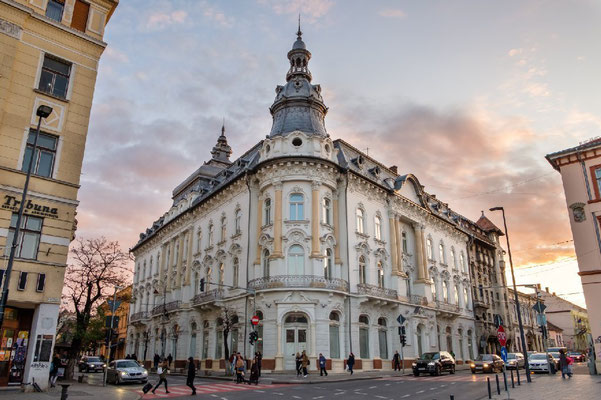 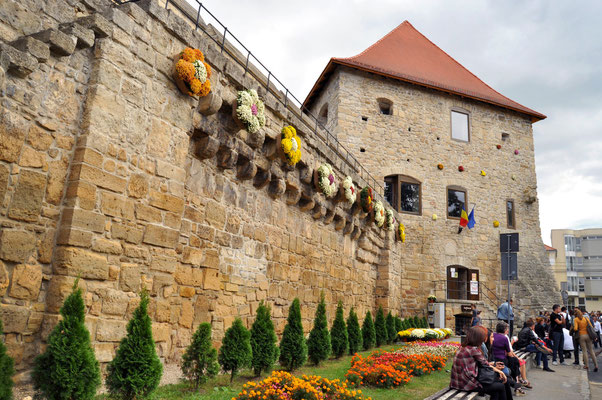 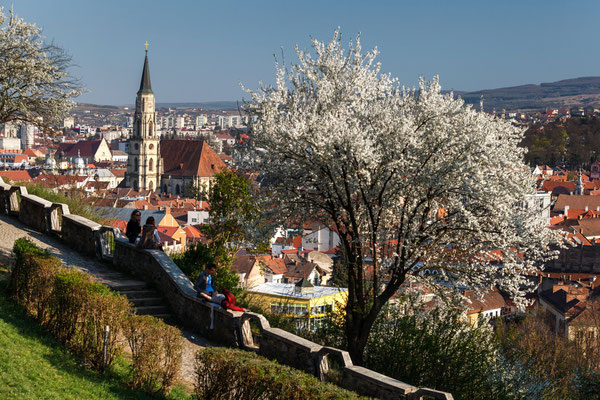 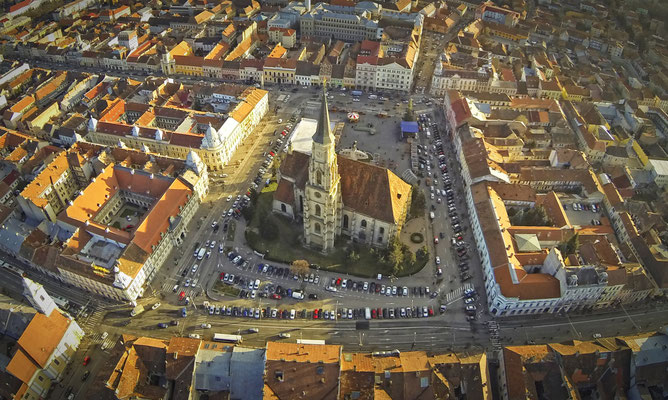 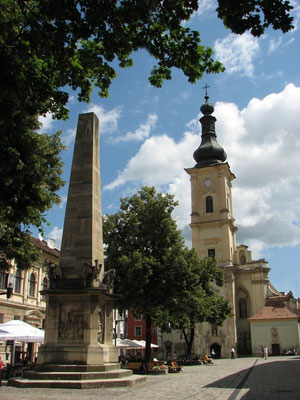 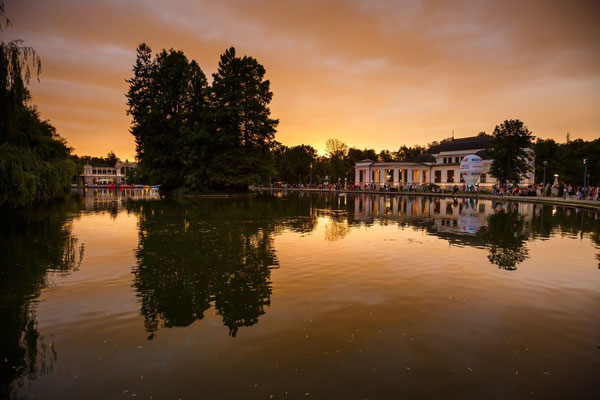 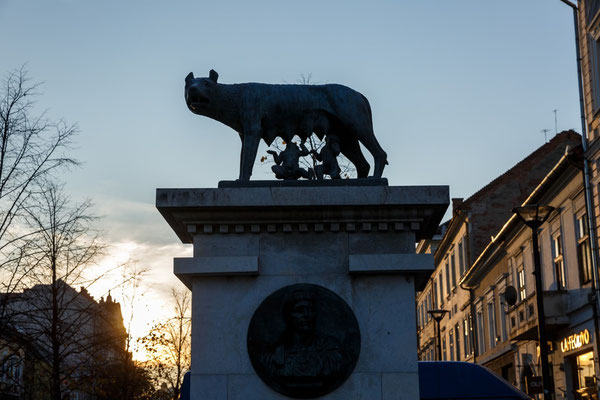 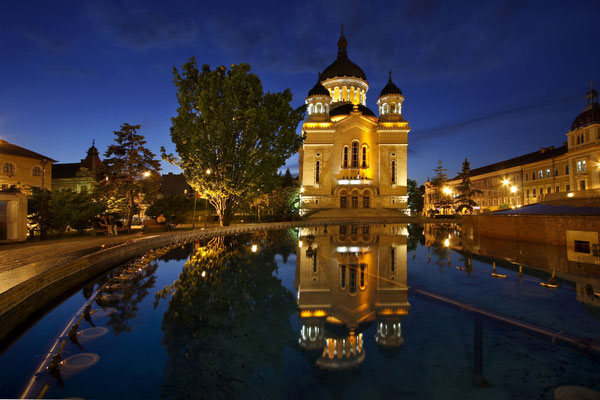 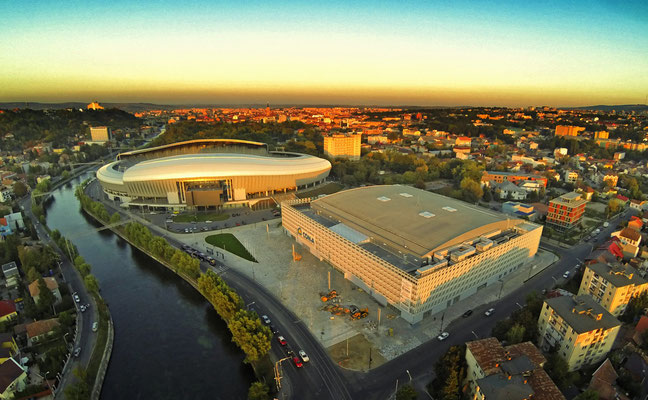 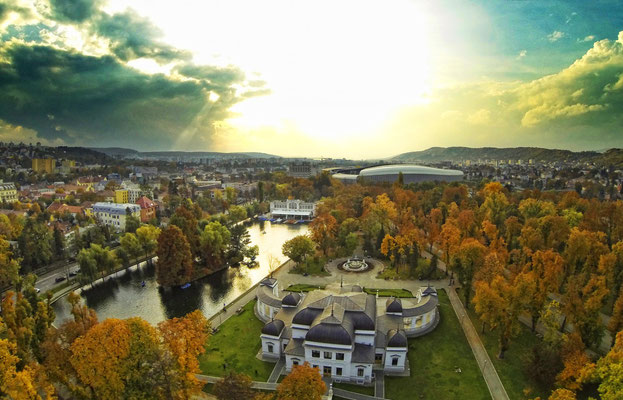 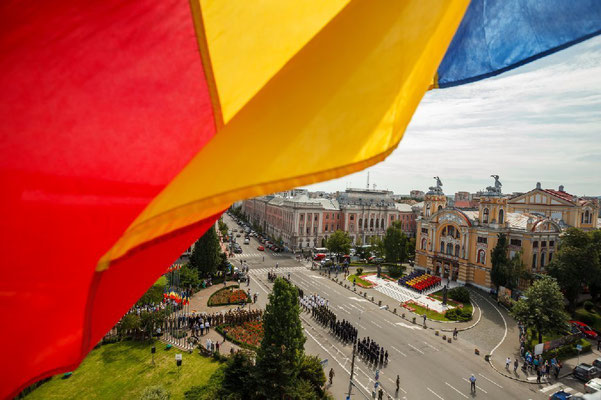 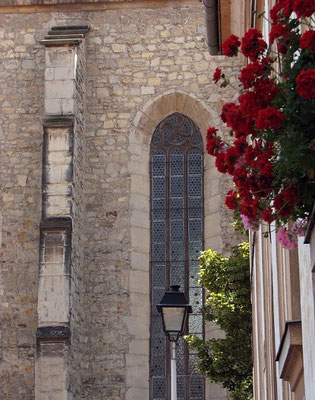 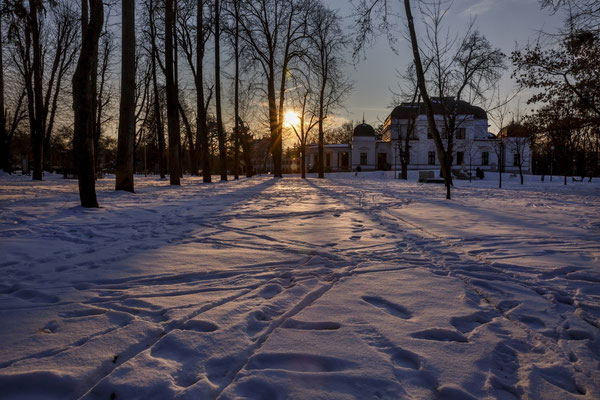 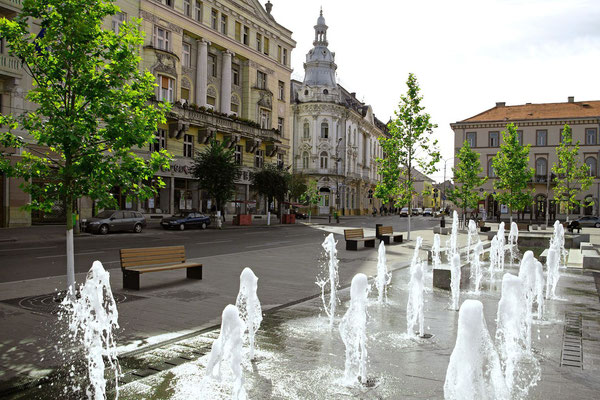 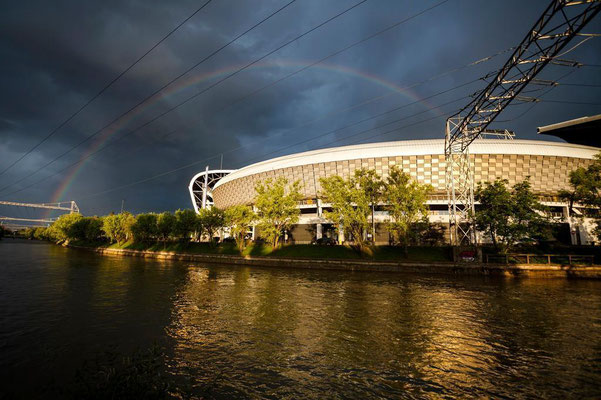 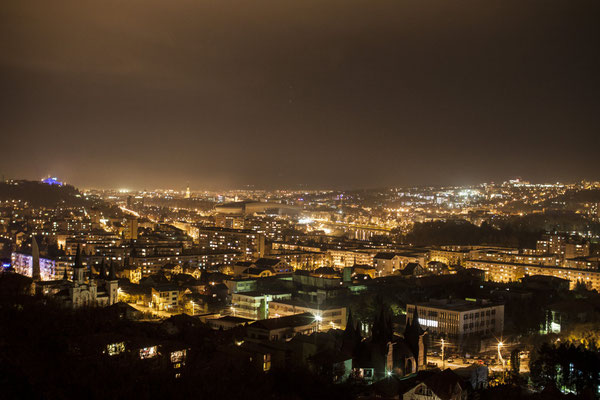 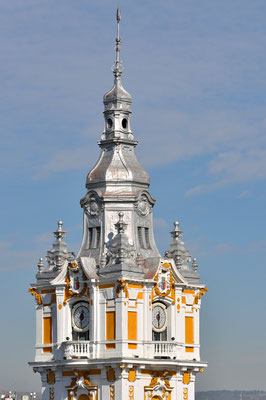 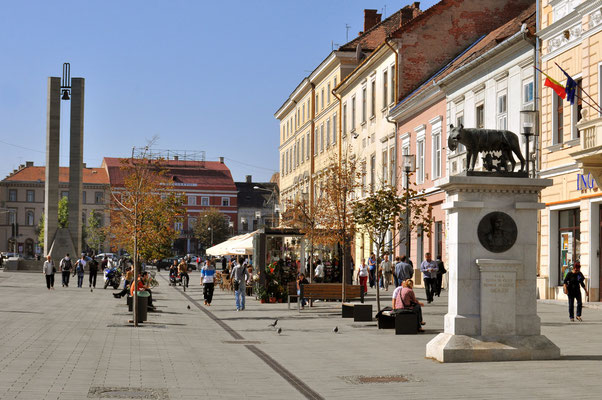 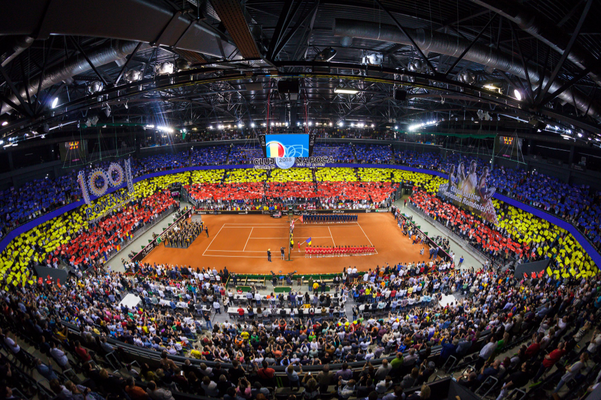 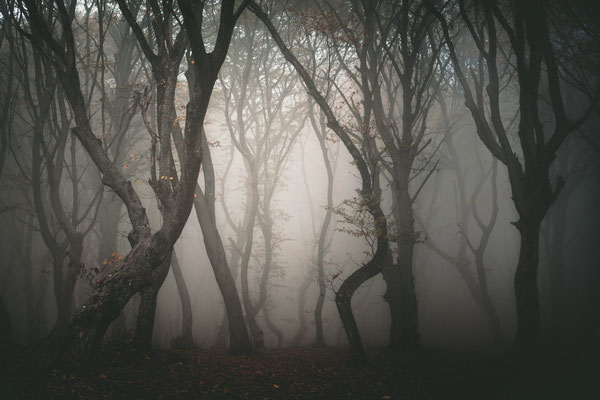 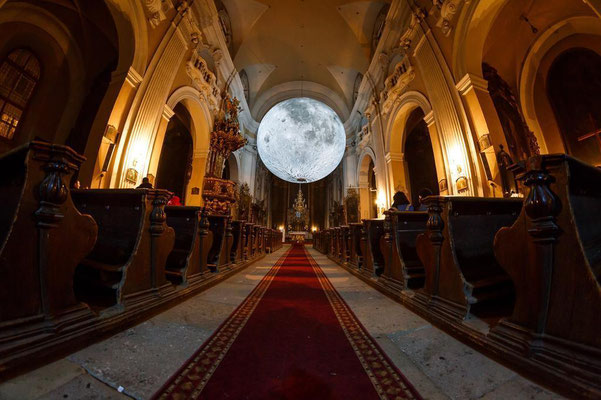 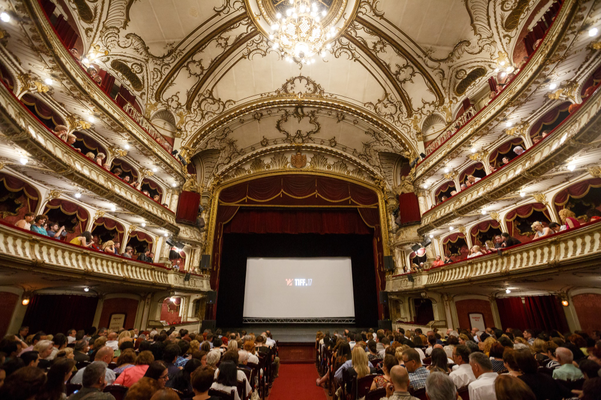 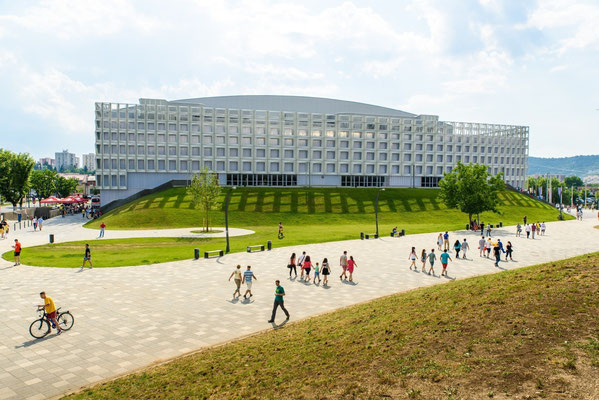 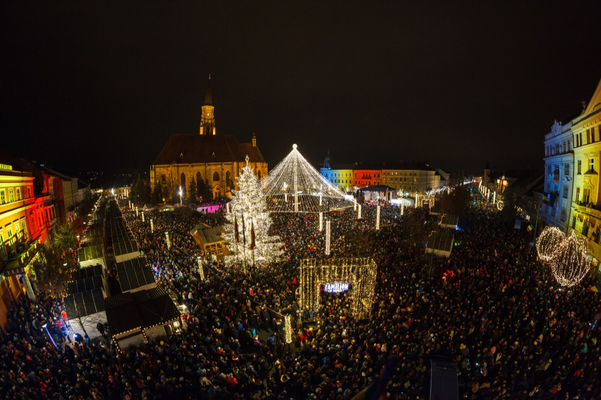 The city centre is the main cultural, financial, administrative and commercial area of Cluj-Napoca. It is structured on three major squares forming a triangle, Union Square, Mihai Viteazul Square and Avram Iancu Square where today is the Orthodox Cathedral and the Romanian Opera and Theatre.

Also, the Museum Square is the starting point of the fortifications of the city, and here we find the Matia Corvin House where the King of the Austro-Hungarian Empire was born, the Obelisk Carolina and the Franciscan Church. The city centre is individualized with the rest of the city through a series of architectural and historical monuments, buildings from the 17th-20th centuries.

The Fortress Hill is located north of the historical centre, at an altitude of 405 meters, and has the appearance of a plateau, on which the Habsburgs built the first Vauban style fortification in Transylvania, in the 18th century and used to house the administrative buildings, the garrison and the weapons store. Of the initial fortress, which gave the name of the hill, only part of the walls, four buildings and two gates remain.

Nowadays the Fortress Hill represents also a Panoramic Point which offers a great view over the city.

The “Alexandru Borza” Botanical Garden and the Botanical Museum

Founded in 1910, it is nowadays one of the most beautiful and complex of its kind in Southeastern Europe. The Botanical Garden, spreading more than 14 ha, holds attraction points such as the Japanese and the Roman gardens, along with the complex of greenhouses displaying equatorial and tropical plants. The Botanical Museum and the “Babeş-Bolyai” University Herbarium host 11.000 exhibits from all around the world.

The city in the heart of Transylvania is a vibrant one, with unsual events that make you get out of the house and of your daily routine. Cluj-Napoca hosts a number of cultural festivals of various types: music, film, sport, opera, theater or food. These occur throughout the year, though are more frequent in the summer months.

The city has seen a number of important music events, including UNTOLD Festival, Electric Castle Festival, which takes place at Bánffy Castle near Cluj-Napoca, Delahoya, Jazz in the Park, Mioritmic and many others. Also the Cluj-Napoca City Days which are celebrated each year in May, the Transilvania International Film Festival, the Interferences International Theater Festival or Comedy Cluj, are very important for the citizens and tourists.