Braga: Discover the best of Portugal

Braga has a multitude of touristic offer that is able to respond to multiple demands and interests. It is a city with an unusual history, still known up to today as the city of the Archbishops (which is explained because for centuries - almost since the beginnings of the Portuguese nationality and until the eighteenth century – the Archbishops were holders, regarding the city, of both temporal and spiritual power), or known as the Portuguese Rome, because of the faith of its people, for its number of religious manifestations (up to today the Holy Week is the highlight of the tourist flow), the number of churches and shrines spread by the entire city and its surrounding territory (besides the Cathedral, the Church of Bom Jesus and the Sanctuary of Sameiro there is a huge amount of beautiful religious buildings).

Braga also has other types of events which attracts tourists, whether mixing the religious with the profane (like the celebration of the feasts of S. João) or simply popular (as in "Braga Romana" - a kind of return to the past or to update history, recalling the period when the city lived under Roman occupation and its importance at that time).

Braga has also beautiful landscapes (Bom Jesus, Sameiro...) and its fantastic gastronomy that satisfies even the most demanding stomachs.

It is still a highly commercial city, with a great offer, with plenty of choices, with beautiful craft...

Given the proximity to Spain, especially Galicia, Braga is very popular among the Spaniards, particularly during the holy week and the summer. Also during the summer we welcome back a strong colony of expats. It is also visited - throughout the year – by elder groups that are more willing to visit the monuments.

The city of Braga, with a noticeable university population also attracts young people for academic exchanges or then the visits of their friends and family.

There is an offer to everyone, whether in daytime or in the evening. In the latter case, with the usual things like shopping centres, bars, discos, pub's, musicals ... And of course the university parties, always very crowded.

The tourist that comes in a family visit and the elder tourists look more for art, like the monuments or even the cuisine. The younger tourist looks for entertainment, fun or socializing with their peers.

In both cases, Braga is not far from a well-known Portuguese feature: the ability to welcome and the kindness to the visitors and some curiosity to know different people and different cultures in total respect for their differences, sometimes even with the feeling that what comes from the outside is better…

Braga is usually a quiet town either during the week or weekends or during the day (except on the “rush hours") and also in the evenings.

Obviously night life is at its best at weekends, but except for periods of the university students festivities or the afore mentioned celebrations in town (like Braga Romana or S. João...) – the night life is confined to the bars and restaurants that remain open late into the night.

Braga suggests quiet, peace, security. Braga combines its development with tradition in a quiet and peaceful coexistence. Its natural beauty inspires contemplation and aesthetic satiety. Therefore there's a strong feeling of religiosity in the air.

This is the charm of the city. We do preserve the tradition mixing it with innovation. We preserved the historic centre with old houses and ancient monuments but simultaneously Braga has an air of a cosmopolitan city, full of new buildings and new attractions. The old cathedral and old monuments and then a radical Park, the Institute of Nanotechnology and the new stadium Municipal de Braga... Everything fits young and old, new and old buildings, traditional stores and new “cathedrals” of consumption...

The future looks promising for Braga. It is a young city. It is, moreover, a city full of history. It is, firstly, a modern city and secondly, preserves many of its roots and traditions. There is a lot and good things to offer: from the friendliness and welcoming of its people, to the tranquillity of the living, the great shops, fantastic monuments and precious landscapes. It is a city that touches positively those who visit us and that is the best publicity that can be made.

Indoor swimming pool and a garden

2km away from Braga’s historical sights

Features a spa with indoor and outdoor pools

Located in the centre of Braga

A breakfast buffet is served daily

All rooms have a sunny interior with bright colours 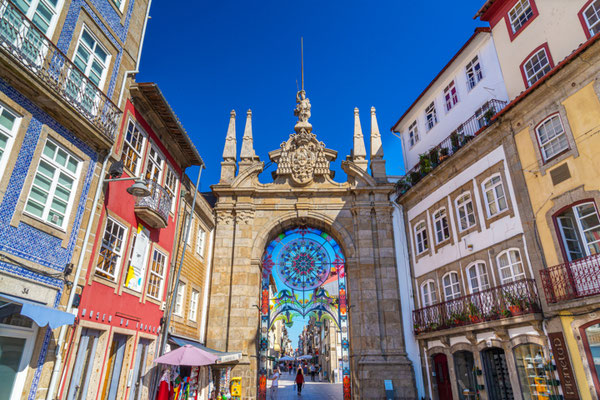 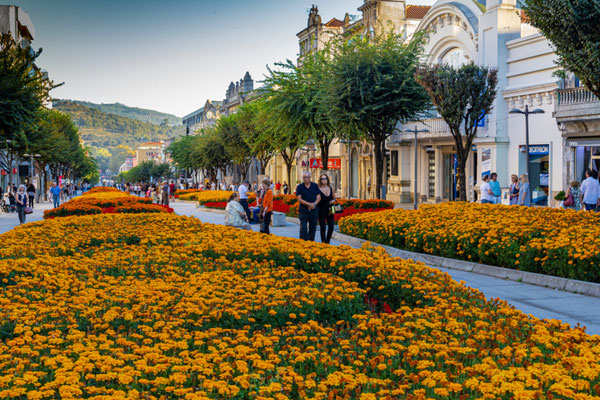 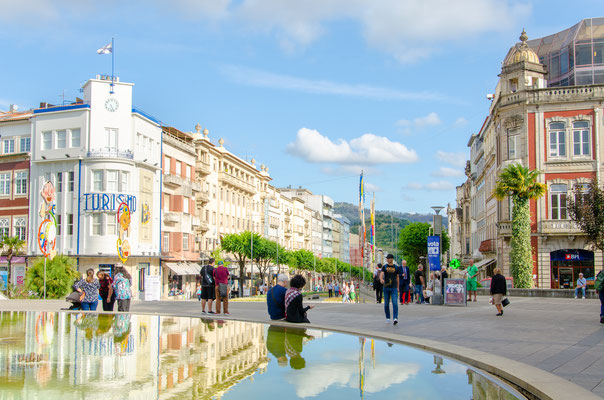 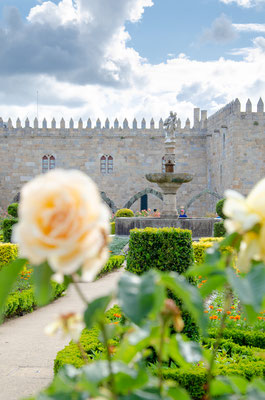 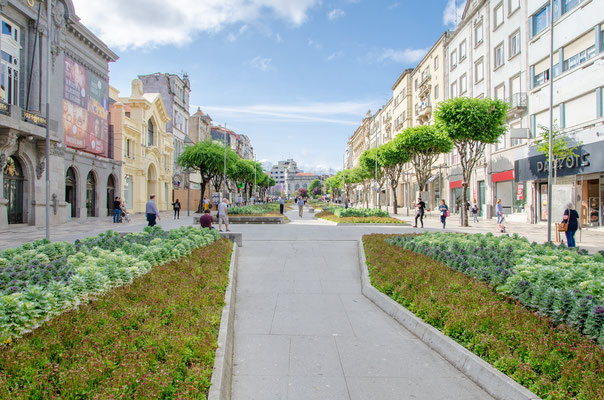 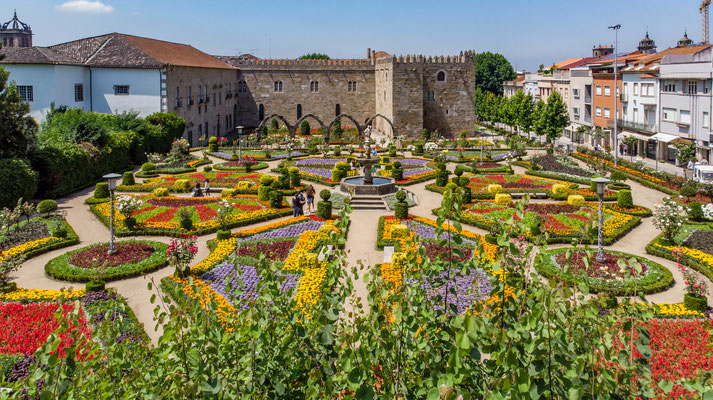 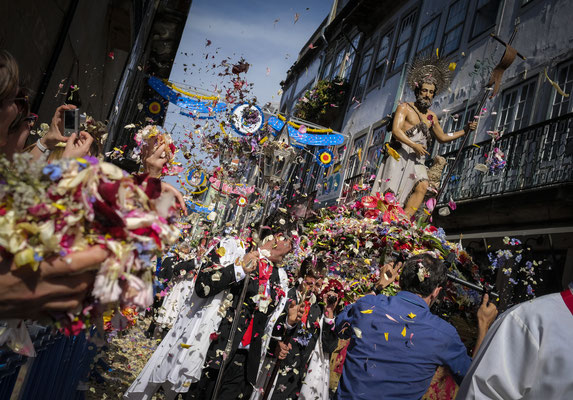 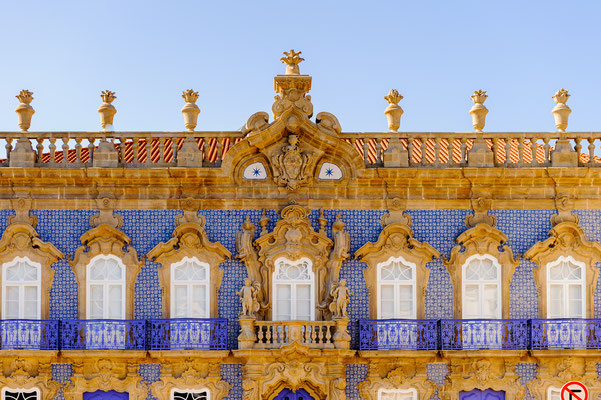 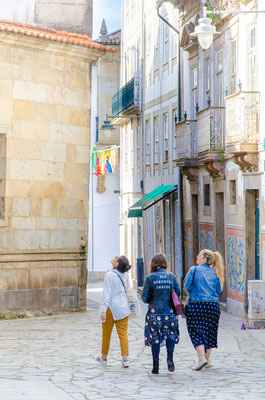 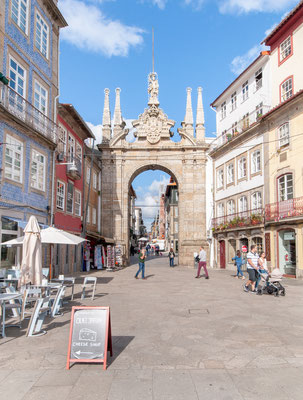 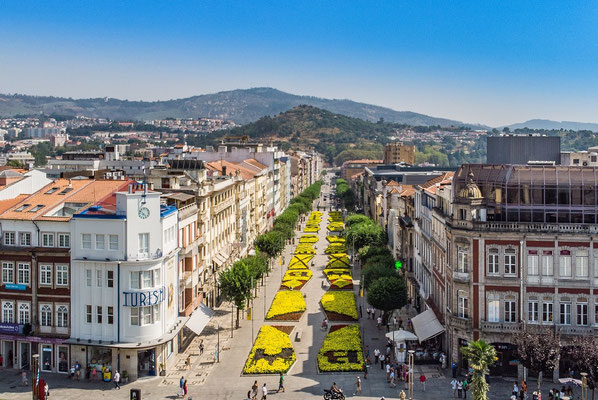 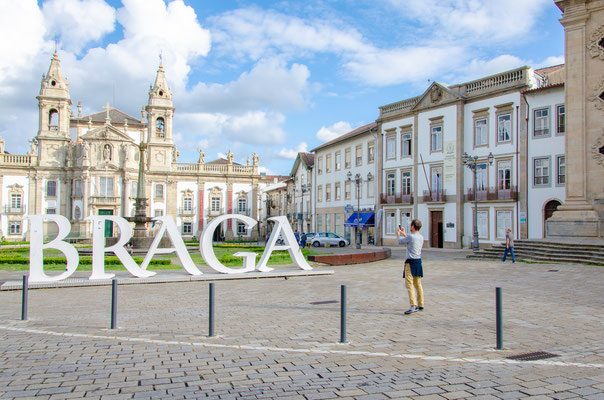 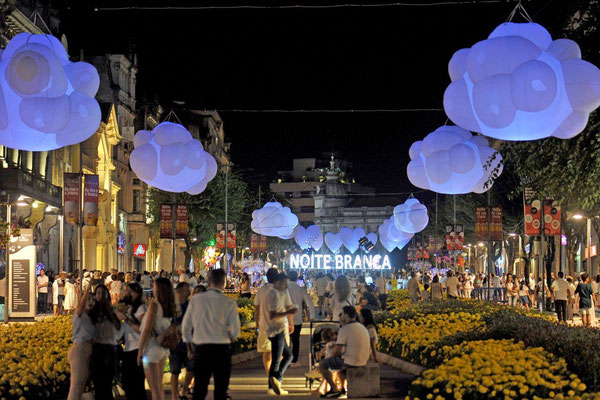 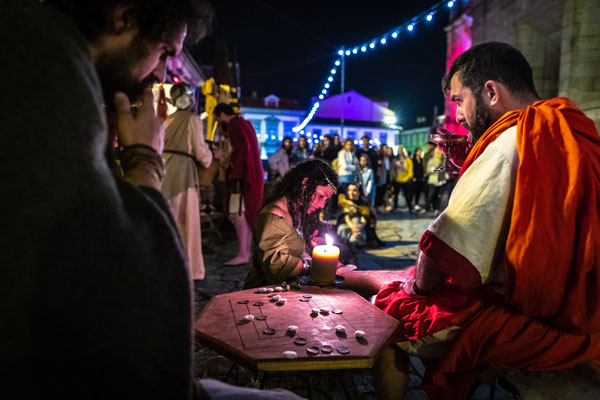 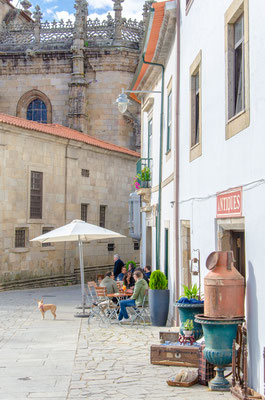 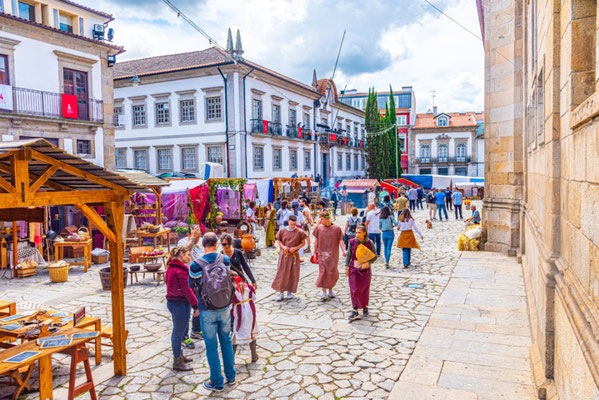 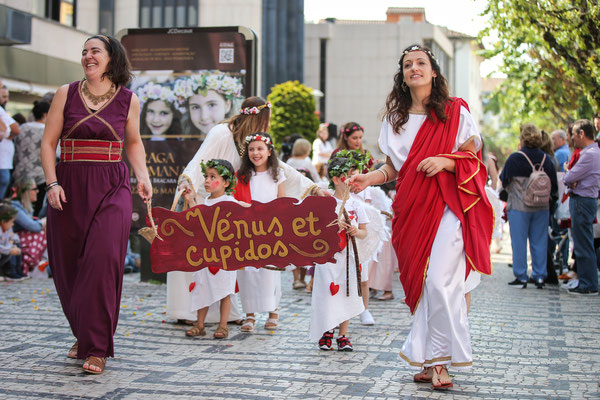 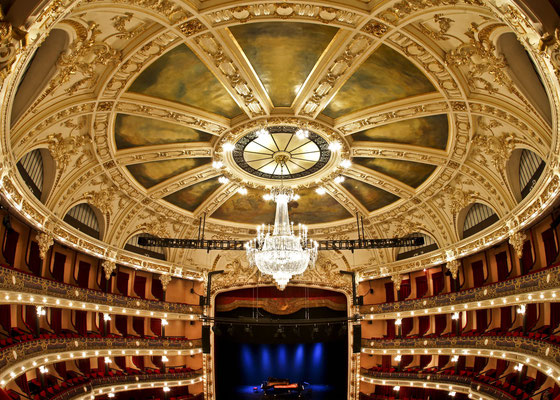 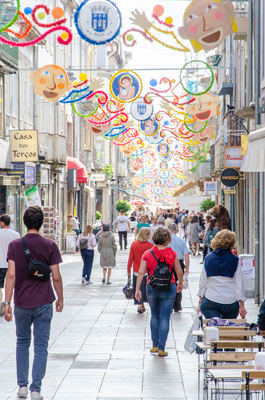 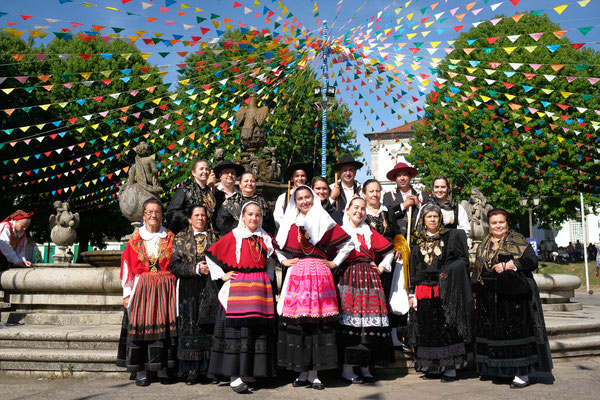 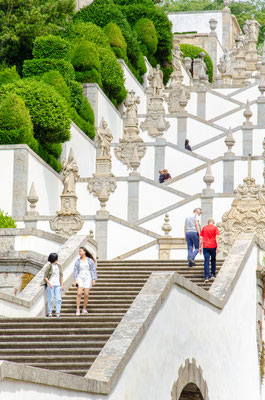 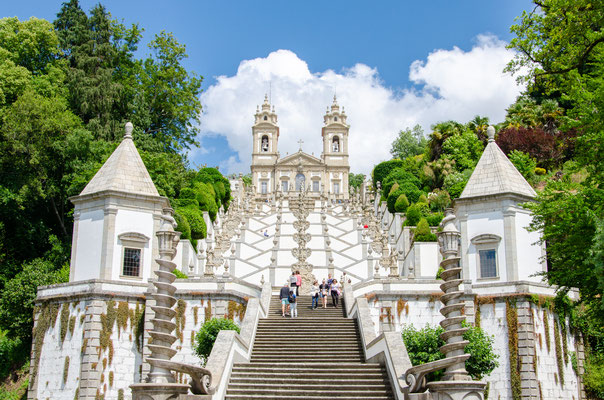 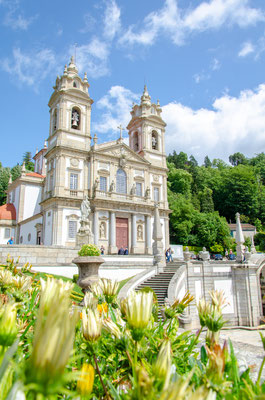 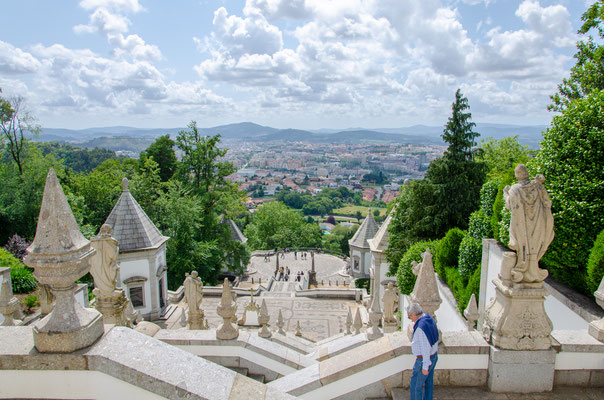 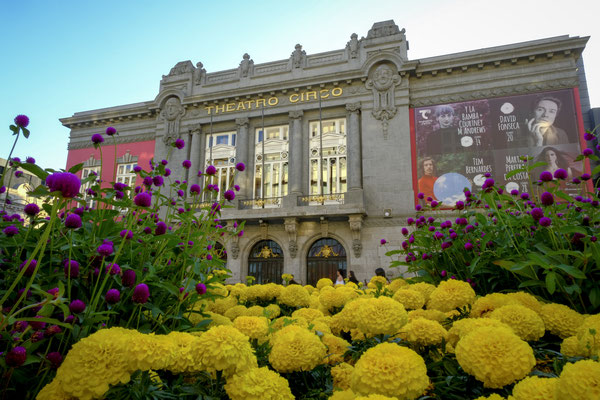 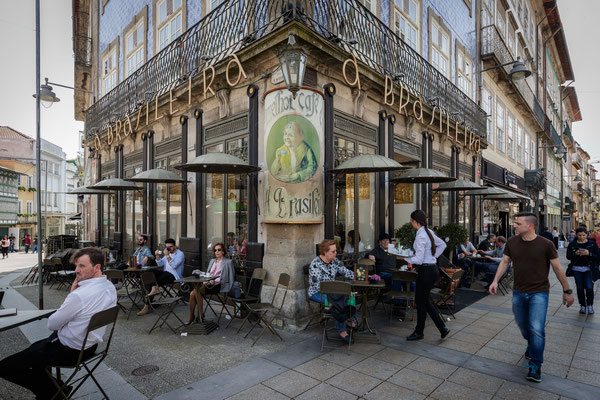 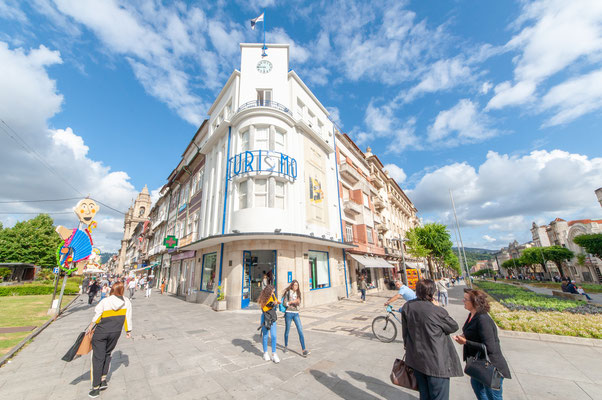 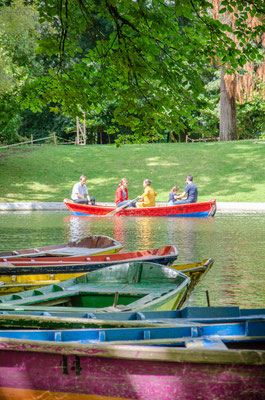 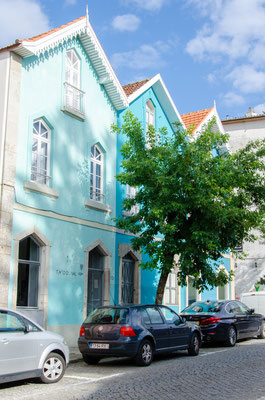 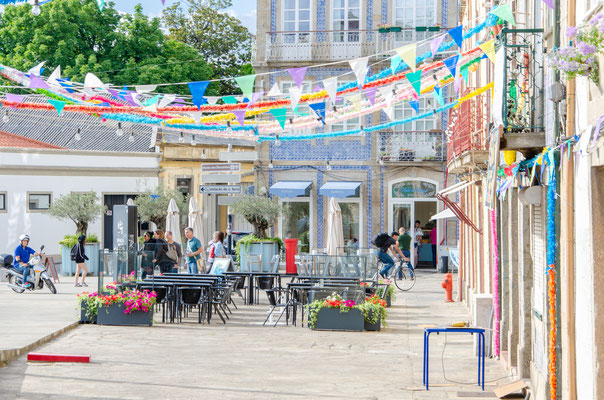 The Cathedral of Braga

The Cathedral of Braga is the oldest cathedral in the country, which originated a popular saying in Portugal: "older than the Cathedral of Braga”. The construction started before Portugal was a nation, which explains why the whole city has grown around the Cathedral itself. With several architectural styles visible on its facades and walls, namely Romanesque and Gothic, with a mostly baroque interior, over the years the Cathedral has incorporated five chapels, two cloisters, a Galilee, an Apse chapel, a chevet, and a sacristy.

Arch of the New Gate

Considered to be one of the greatest symbols of the city, this stunning structure welcomes those who come to Braga. The Archbishop D. Diogo de Sousa (responsible for works such as the Arcada and the chevet of the Cathedral) ordered the construction of the Arch in the 16th century (probably in 1512). The concept of the Arch of the New Gate was considered innovative at that time: since there were no longer wars, a door would not be necessary. Today, the Arch leads visitors to its historical arteries.

The Sanctuary of Bom Jesus and its surrounding area is the most prominent place in the tourist postcards of Braga. Its architectural complex is majestic, with predominantly religious, baroque, rococo and neoclassical architecture. To reach the top visitors can use the elevator, which is a water-powered funicular, the first built in the Iberian Peninsula, or climb the 500 steps  that form the different staircases, and take some time to contemplate the views over Braga on the way up.

The Arcada is the central point of Braga. It is in this place, designed by Archbishop D. Diogo de Sousa in the Middle Ages, that visitors can feel the true aura of Braga. From 1715, built on the initiative of Archbishop D. Rodrigo de Moura Teles, this Arcade consists of eight arches on each side and three arches in the central part, a total of 19 arches. In keeping with its original purpose of socializing and meeting people, this is where two of the city s most renowned cafes are located: Café Vianna and Café Astoria.

The Jardim de Santa Bárbara is a distinctive public garden with bright colors emanating from its well tended-flowers. This is the ideal refuge for anyone looking for a quiet space, perfect for reading a book or sharing love pledges. In the middle of the garden, there is a statue of Saint Barbara on a seventeenth-century fountain, which turns this garden into one of the most beautiful places in Braga. At the bottom of the garden, the high stone wall with crenels resembles a castle, turning this place into a special beauty.