Quite simply because it is steeped in history dating back nearly one thousand years, Cannes has a soul. A history made from numerous fragments that it has preserved intact. In 1915, it was classified as a seaside resort by ministerial decree. Nowadays, Cannes is a trendy destination not only for its well-known red carpets and famous steps but there are much more to discover. Cannes is a holiday location prized by the great and good of this world. But there’s something about Cannes that makes it unique. Indeed, Cannes is a first rate international destination, which after several decades of tourism has developed a strong cosmopolitan character.

Located 25 minutes from Nice international airport, it is the city for festivals and major congresses, a shopping paradise, the capital of the silver screen and a tourist city boasting exceptional host infrastructures. Cannes is the leading city in terms of business tourism after Paris, it has built its fame on the know-how and first rate facilities that make it a competitive location, preferred by the biggest international events. The well-known Croisette, with its luxury boutiques, palace hotels and Palais des Festivals, has bestowed prosperity and international fame on Cannes. But the city has not forgotten its popular origins. Le Suquet (Suquet district) and the Vieux Port (Old Port) continue to embody Provencal authenticity in the very heart of the most cosmopolitan of cities. A “pointu” fishing boat coming into the port, a market stall in Forville, a lane in the Suquet district, a game of pétanque on the Place de l’Etang a stone’s throw from the chic buildings on the Croisette, a walk on the Lerins islands or a climb up the steps of the Palais des Festivals et des Congrès. These fragments are also its small architectural treasures.

The dolce vita demands fragrances that make you salivate, flavours to tickle your taste buds. Emotions, pleasures, a sense of well-being that can be experienced at the table of numerous Cannes chefs. 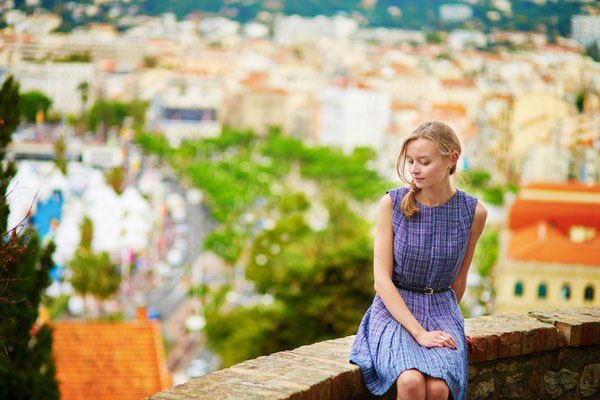 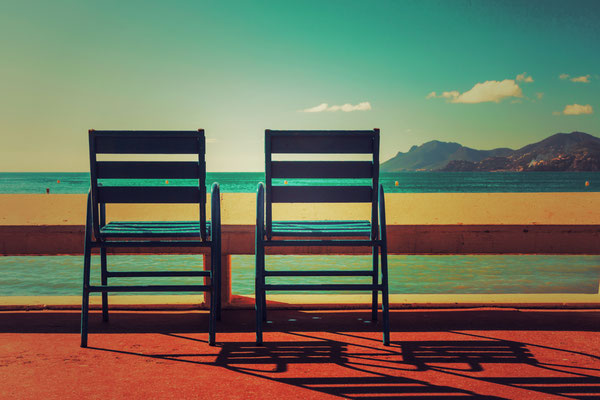 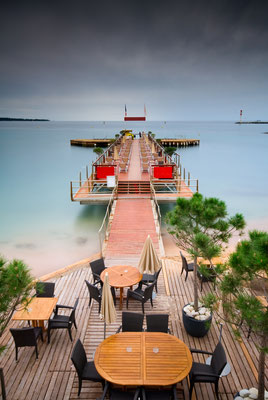 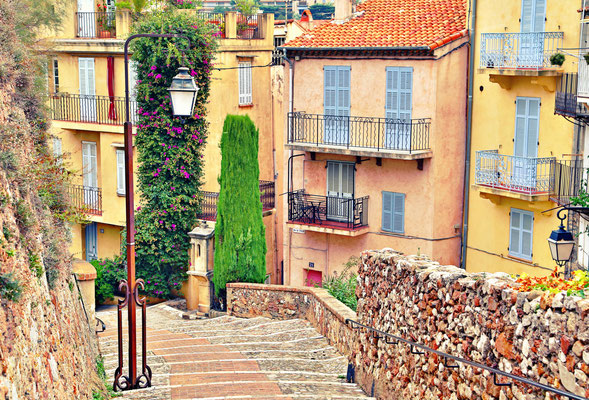 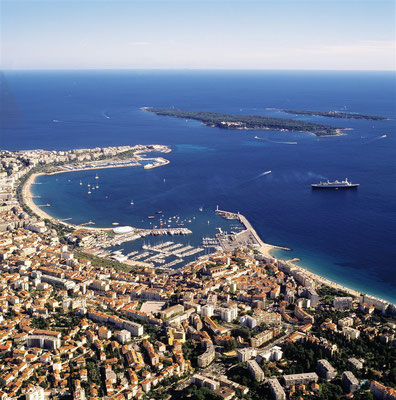 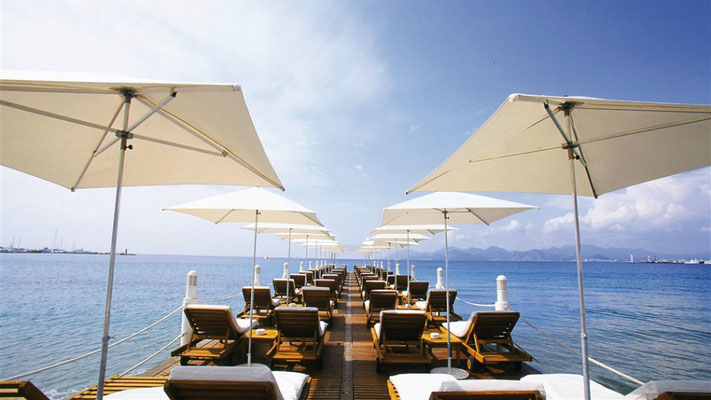 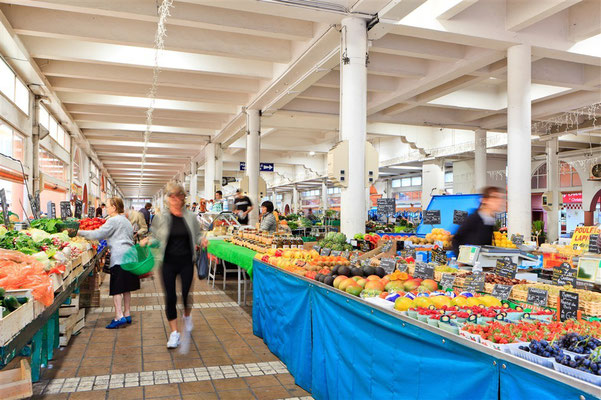 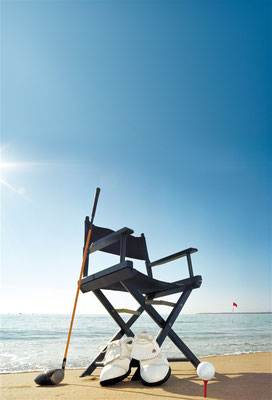 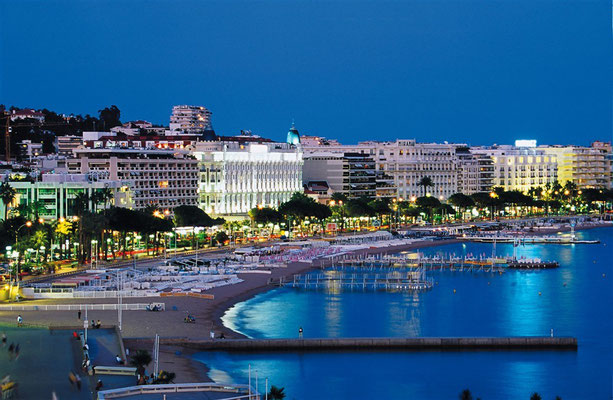 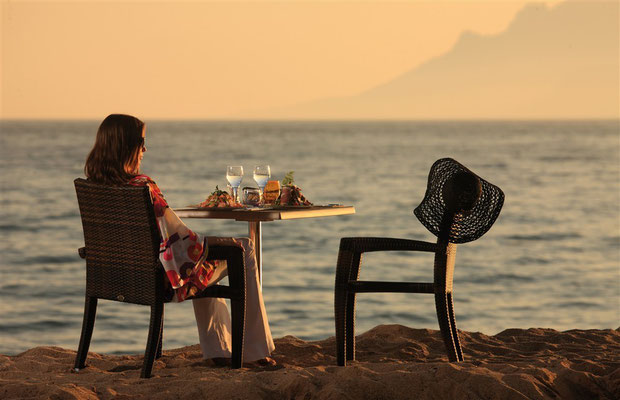 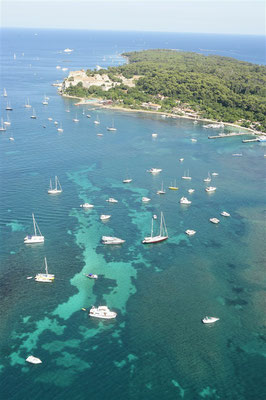 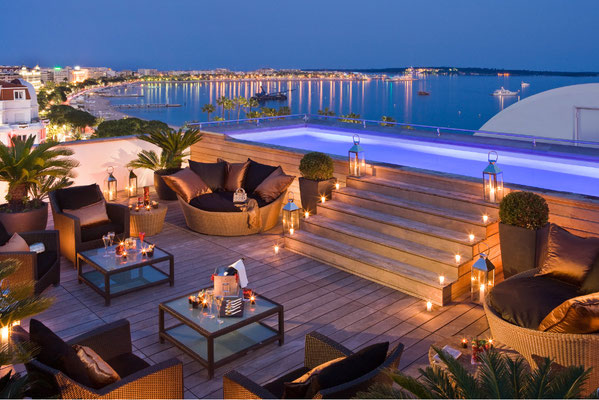 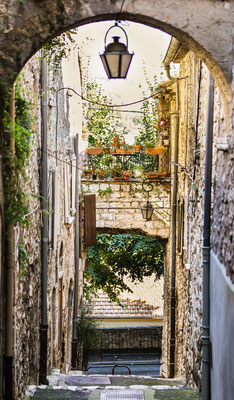 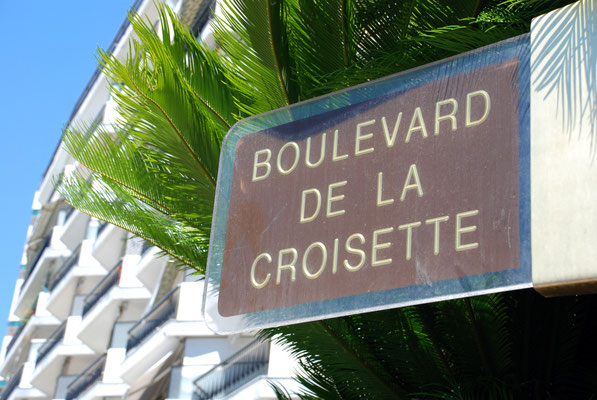 A favorite destination for fashion lovers as soon as they leave their hotel, the streets of Cannes offer visitors the biggest names in high fashion, luxury ready-to-wear and jewelry. One speaks of the "golden triangle", formed by the strand of La Croisette - site of the famous Hôtel Martinez, Rue d'Antibes and Rue Meynadier. La Croisette boulevard, which stretches from the Palais des Festivals to the end of Palm Beach.

Cannes is already well-known for the International Film Festival but there are so many other events to discover. Indeed, the city hosts various types of events, from games festivals to professional congresses, there must be something appealing for everyone. During winters, theaters and concerts are held in the Grand Audit, while during summers the international festival of fireworks gather no less than 200 000 people among various other activities.

A few leagues from Cannes, The Lérins islands offer visitors intriguing walks, an astonishing combination of nature, history and sea bed. There are two protected islands; Ste Marguerite Island and Ste Honorat Island. Historically, Ste Marguerite island was a State Prison where the most famous resident, the Man in the Iron Mask, was jailed under the Sun King leadership. On the other island, visitors can find a fortified monastery and a local wine culture preserved by the 21 monks living on the abbey.

The old Suquet district is located from the stalls at the Fortville Market to the shops in Rue Meynadier. This area is the vibrant heart of the town. As the old town is higher than the rest of the city, this place offers visitors with a memorable sight of Cannes while they will also be able to see how deep Provencal roots this area exhibits.

With more than 300 different establishments, Cannes enjoys a large restaurant offer. Quality and quantity in equal measure! These culinary maestros do have a great advantage: the cuisine of the South. It is based on secular traditions and, above all, unrivalled local produce. Here, the tastiness, aromas, freshness of its vegetables makes a simple salad a joy. The Mediterranean is a gourmet’s delight with its bass, giltheads, sea bream and mullet to be savoured with a glass of Provence wine.