Known from “The Sound of Music” and as Mozart’s birthplace, Salzburg is a city steeped in tradition and surrounded by nature that presents itself as a modern cultural center in the heart of Europe.

The city's silhouette is unparalleled: Hohensalzburg Fortress, the baroque Cathedral, the Franciscan and Collegiate Church at the foot of the Mönchsberg and the mighty, legendary Untersberg in the distance. The entire historic center of Salzburg has been declared as World Heritage Site by the UNESCO which characterizes it as "an outstanding example of an architectural ensemble”. The scenery around Salzburg impresses with alpine landscapes in the south, tranquil lakes in the north and the world-famous Salzkammergut Lake District in the east.

The city's famous son enchants music lovers from around the world. Wolfgang Amadeus Mozart was born in Getreidegasse 9 on Jan. 27, 1756. Over 350 of his most beautiful pieces were written here, Mozart is the world's most significant and most often played composer.

More than 4,000 events take place in Salzburg. Mozart Week in January, followed by the Easter and Whitsun Festivals as well as the famous Salzburg Summer Festival. In winter a number of events such as Salzburg Advent Singing at the Large Festival Hall, Salzburg Advent in St. Andrew's Church and the Winterfest are performed. A diversified program is offered by Salzburg's Marionette Theater, Salzburg Palace Concerts, Fortress Concerts and the Mozart Dinner Concerts at St. Peter's Monastery Cellar throughout the year.

Salzburg has plenty to offer in the way of restaurants: from bars located high above the rooftops, romantic street cafés, trendy pubs to gourmet meccas. Connoisseurs will find an El Dorado in Salzburg – only a few other places in Austria have such a wide variety of fine restaurants within such a small radius featuring international, award-winning chefs. Ten breweries, including the largest private brewery in Salzburg, make Salzburg the state's beer capital.

The Christmas markets in the historic city center and the surroundings of Salzburg developed historically, inviting guests to take in the Old City's romantic winter charm from the end of November until Christmas. The world-famous Christmas carol "Silent Night" was first performed in Oberndorf near the city of Salzburg in 1818.

The Christmas market is 300m away

Located in the heart of Salzburg's pedestrian area

Traditional hotel right in the heart of Salzburg 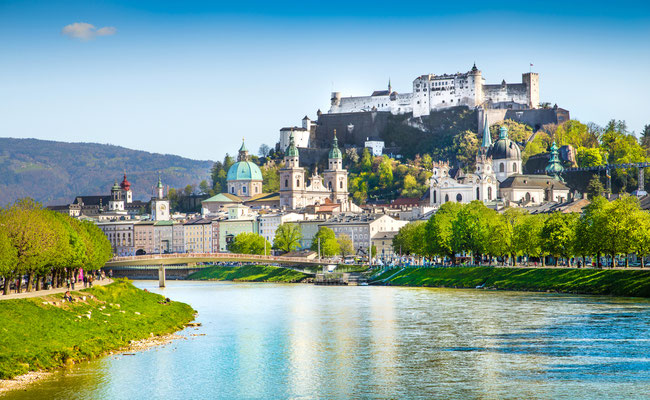 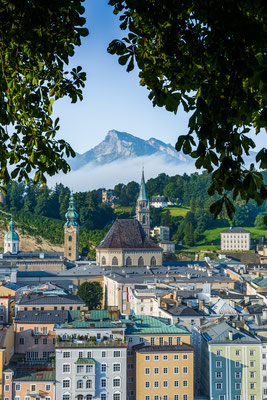 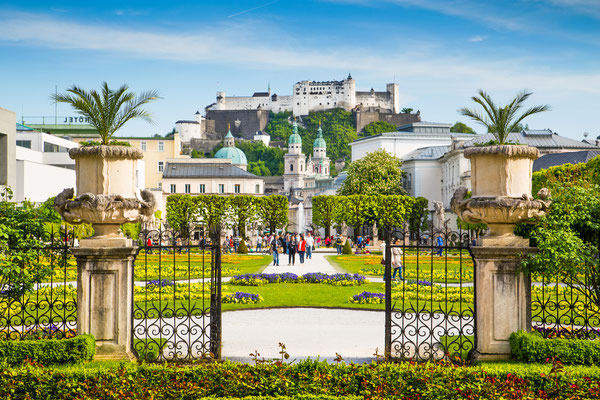 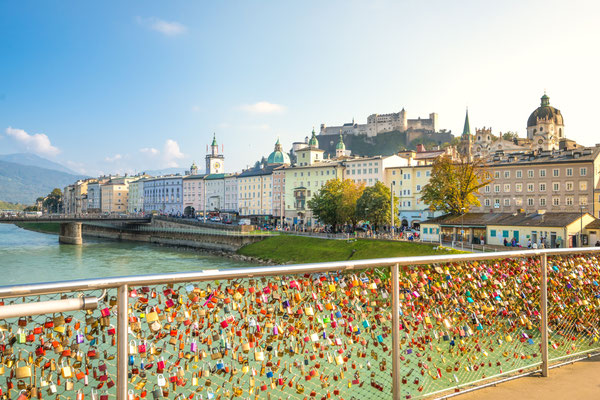 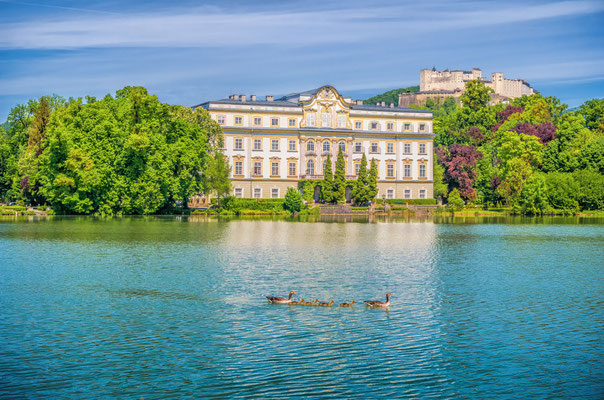 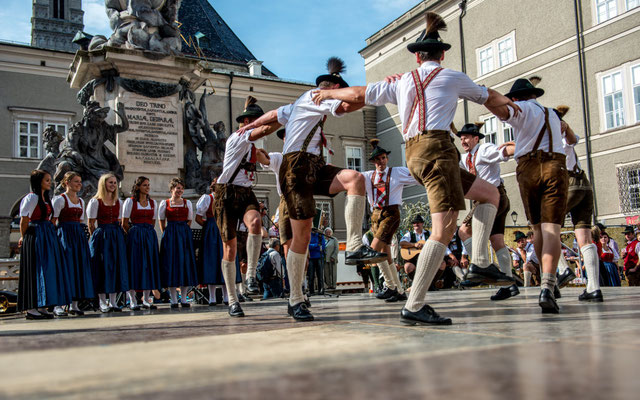 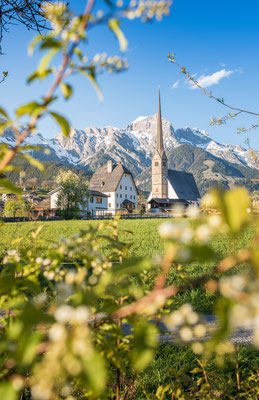 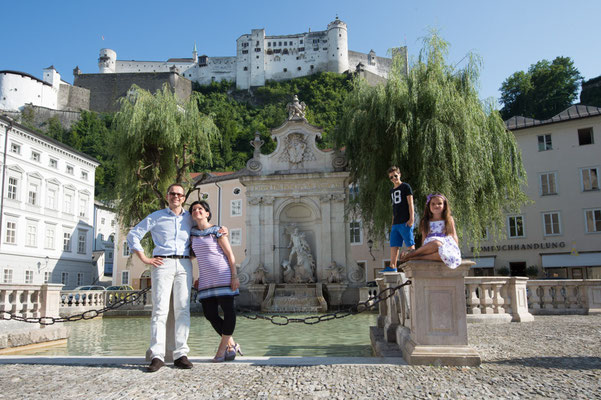 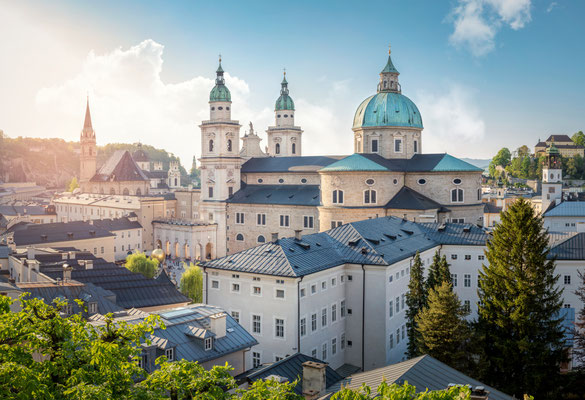 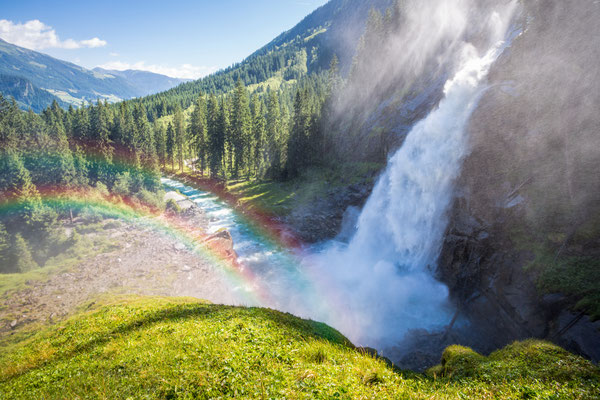 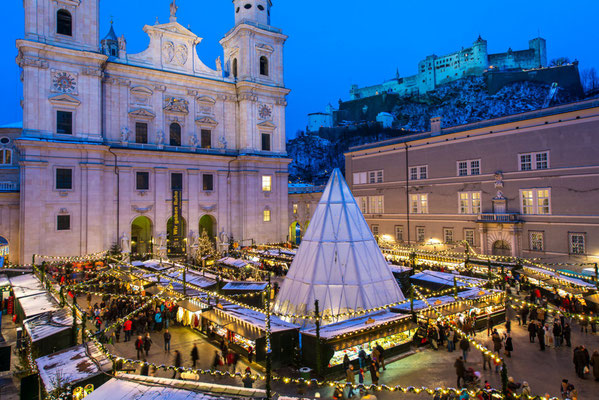 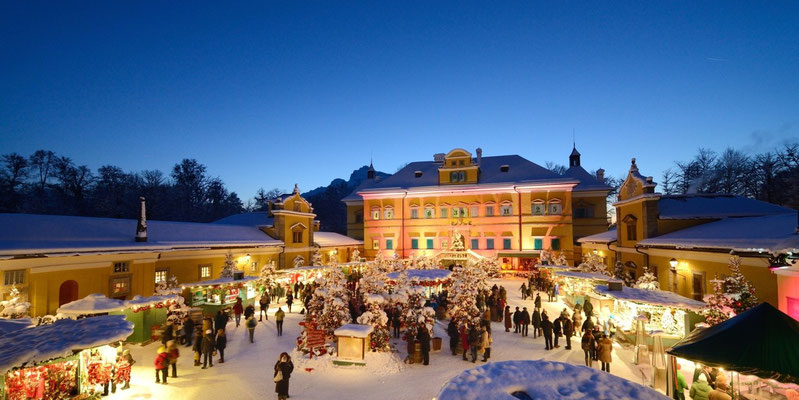 The city's silhouette is unparalleled: Fortress, the baroque Cathedral, the Franciscan and Collegiate Church at the foot of the Mönchsberg and the mighty, legendary Untersberg in the distance. The historic center of Salzburg has been declared as World Heritage Site and is "an outstanding example of an architectural ensemble”. The scenery around Salzburg impresses with alpine landscapes in the south, tranquil lakes in the north and the world-famous Salzkammergut Lake District in the east.

On January 27, 1756, Wolfgang Amadeus Mozart was born in Getreidegasse 9, which is now known as “Mozart’s Birthplace” and one of the most frequently visited museums in the world. Precious historic instruments, documents, memorabilia and paintings let the visitors experience the spirit of Mozart. In 1773, the Mozart family moved to their new domicile at Makartplatz, now known as “Mozart Residence”.

Salzburg and the Sound of Music

For decades the legendary movie “The Sound of Music” has been one of the top reasons for international guests to visit Salzburg. Every year 300,000 Sound of Music fans travel to Salzburg to visit the movie locations and the places where the von Trapp family lived. The Hollywood movie was filmed in the city and province of Salzburg in 1964 following the huge success of the Broadway musical “The Sound of Music”.

The foundation in 1920 was a major impulse for the city's cultural life. Deeply convinced of their idea, Max Reinhardt, Hugo von Hofmannsthal, Franz Schalk and Richard Strauss created Europe's most significant music festival. It was opened in 1920 with the premiere of "Everyman" in front of the Salzburg Cathedral.

The Christmas market around the Salzburg Cathedral dates back to 1491, making it the oldest Christmas market in Austria. Mozart's hometown is also the birthplace of the most famous Christmas carol of all time: The carol "Silent Night, Holy Night" was performed for the very first time in a chapel in Oberndorf near Salzburg on Christmas Eve in 1818. Today it has been translated into 170 different languages and it is still spreading its magic across the world.