Cordoba is a faithful reflection of the powerful civilizations that have settled there. Romans, Moors, Jews and Christians have all left a deep mark on its heritage, culture, traditions and customs.

The city of Cordoba boasts a wealth of cultural and monumental heritage bequeathed to it by the different civilisations that have settled here. In 1994 UNESCO (United Nations Educational, Scientific and Cultural Organisation) recognised the universal importance of its historical patrimony and extended the World Heritage Site to include not only the Mosque but also its surrounding urban area

Cordoba’s Mosque is an exceptional example of religious Islamic architecture and the most important witness to the Cordoba Caliphate. During this period it is said that the city had over 300 mosques and countless palaces, rivalling in splendour cities such as Constantinople and Baghdad. The Mosque’s size and majestic height, which have never been equalled, make it a unique artistic work and one that played an essential role in the emergence of the neo-Islamic style of the 19th century.

Part of the historical legacy of Cordoba is the huge number of squares, alleyways and other unique places that make the city a kind of outdoor museum. Street after street of decorative wrought-iron window grilles, balconies, fountains and small gardens, make it ideal for a relaxing stroll and reveal many of the mysteries of present-day Cordoba.

In the heart of the ancient city of Córdoba

Situated in the real heart of Córdoba 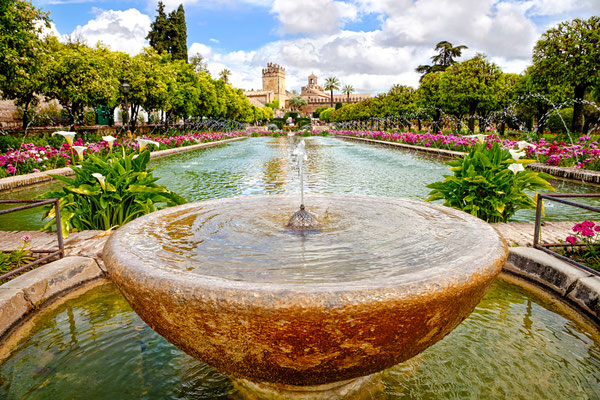 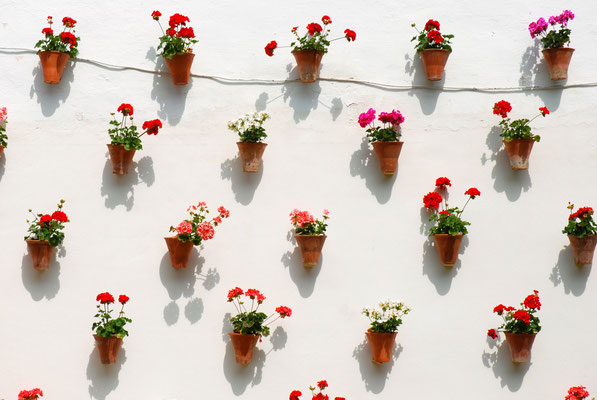 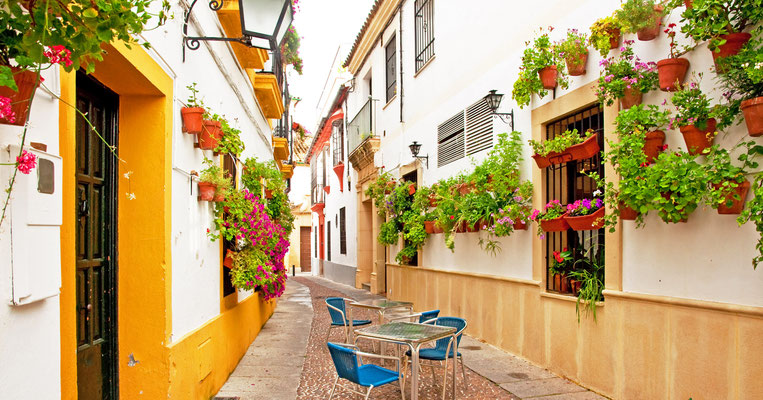 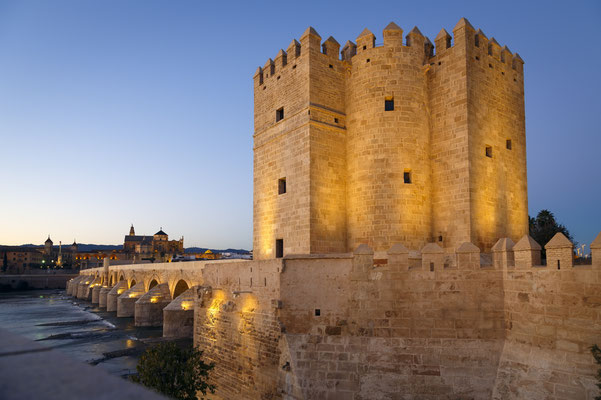 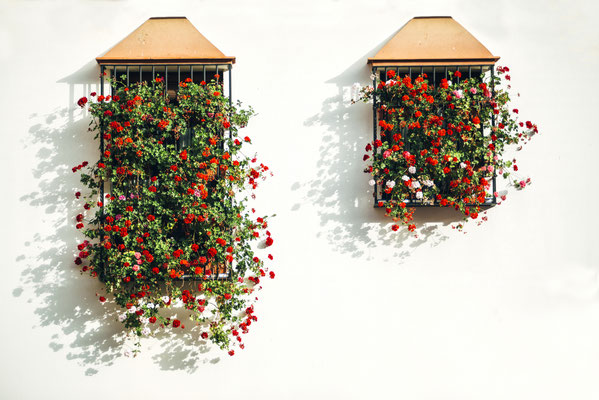 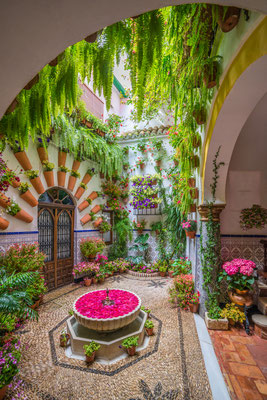 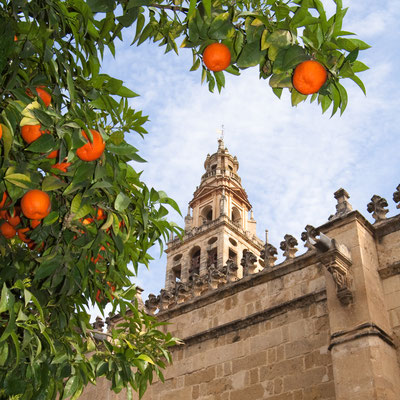 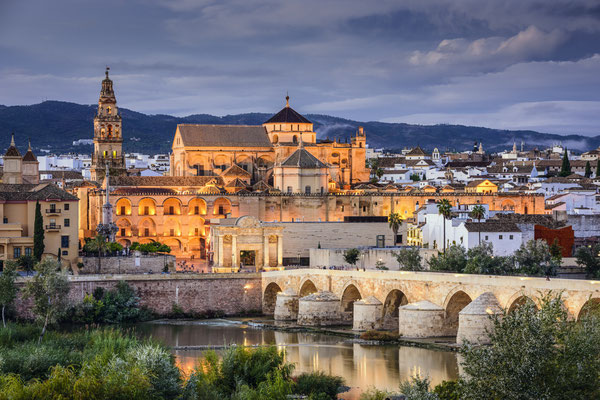 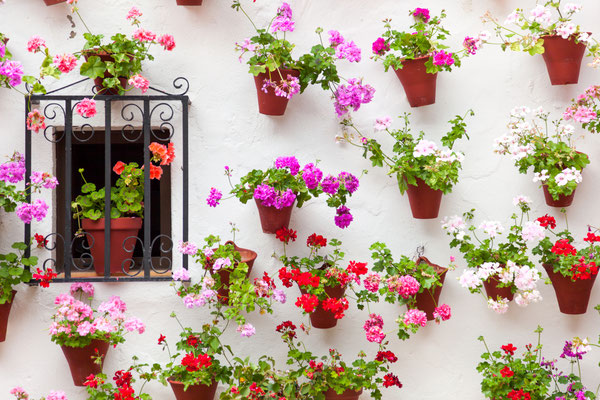 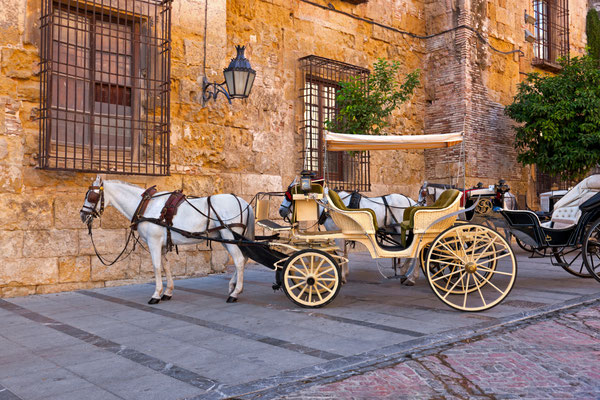 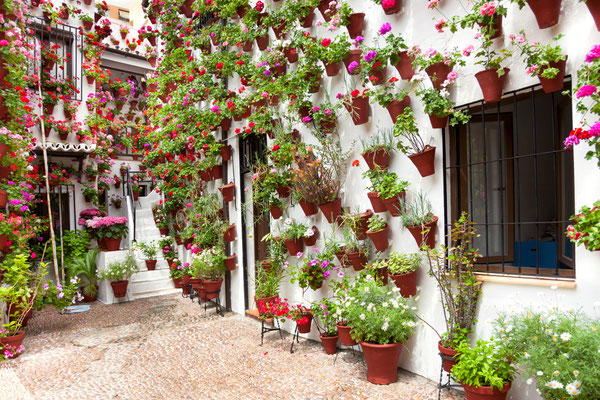 The Passion and Spirits of Andalusian Horse

The Royal Stables in Cordoba were founded in the year 1570 by a royal decree of Felipe II, who was a great lover of horses. He launched this project to create the Andalusian Horse (Pure Spanish Thoroughbred), one of the greatest breeds of horse ever to exist, for his own use and for use all over the world.

Discover all the treasures of the Caliphate city – the cultural capital of the world - in an original, fun way with your family or friends, cycling round the Jewish Quarter or discovering the natural secrets of the Guadalquivir.

The soul of Cordoba

The light that bathes us from the Cathedral of Cordoba is intense, penetrating, it lights the way and allows the dazzled visitor to discover the interior life that flows between its columns, its arches and its walls, it brings us closer to its mystery and makes us feel like direct protagonists of its history.

Coinciding with the Popular Courtyards Competition, there is also a "Window Grilles and Balconies" Competition.Those who take part decorate the traditional window grilles and balconies of their houses with a colourful array of flowering plants.

Three times host to the Winter Olympics, our region boasts nine ski areas for alpine skiing, snowboarding and cross-country skiing. Our winter sports menu also includes tobogganing, ice skating, alpine-style curling and even a ride in an Olympic bobsleigh. There is a free ski bus for guest card holders.