Sarajevo, the capital of mountain-rugged Bosnia and Herzegovina, is a charming city reflecting perfect symbiosis of the past and the modern, a bridge between the East and the West. The city itself was established in the 15th century, but dates back to the Neolithic period and ever since it has symbolized the melting pot of various cultures and religions. Indeed, along only a street you will come across a mosque, a synagogue, an orthodox and a catholic church. But the blend continues to more than sacral monuments and the city arrests Ottoman, Austro-Hungarian, Socialist and other architectural styles. Sarajevo did become a symbol of the coexistence of communities from different cultural, ethnic and religious backgrounds.

This is a place where World War I commenced with the assassination of Franz Ferdinand, the Austro-Hungarian hair to the throne, his wife Sophie and their unborn child on June 28th, 1914. Hence, Sarajevo will host the 100th anniversary of this historical event and will feature European Bridge of Culture in 2014.

This is a first socialist country to host the Winter Olympic Games. The natural resources of the surrounding mountains - Jahorina, Bjelasnica, Igman and Trebevic, as well as the hospitality and sports spirit of Sarajevans helped the city break a record by presenting the largest Winter Olympic Games of its time. This triumphal event featured 49 nations and over a thousand participants. Sarajevo was awarded the gold medal for the organization due to the hospitality of people.

The cultural and Olympic spirit of the city was shaken by the longest city siege in the history of modern warfare – 1452 day long siege of the 1992 – 1995 war in Bosnia and Herzegovina. The city however survived and continues to grow and rebuilds itself to once again symbolize the city of different cultures, the city of sports and festivals, the city of friendship and hope.

Sun terrace and views of the river

Set in the Old Town district in Sarajevo

Between the old city and the shopping centers 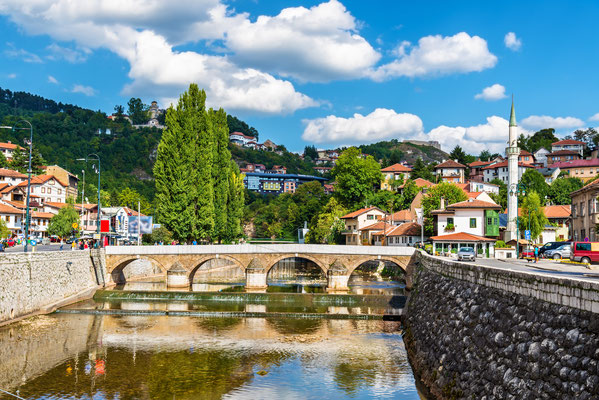 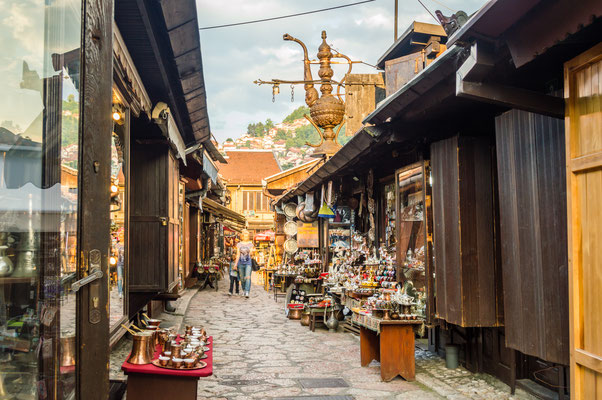 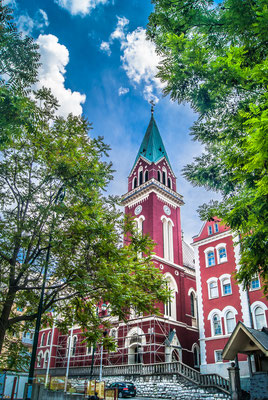 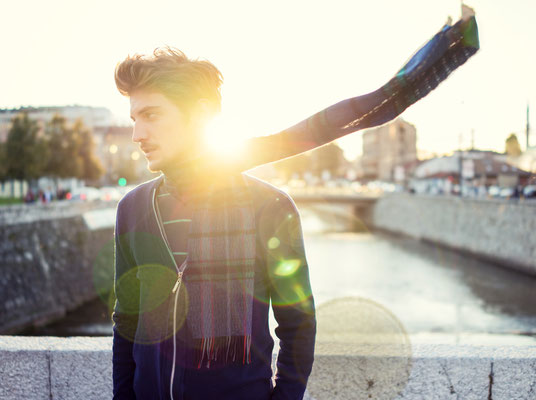 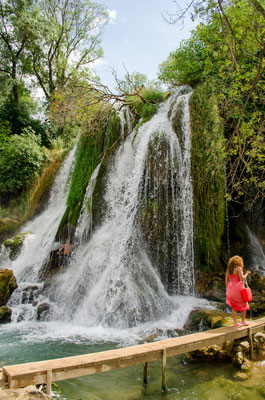 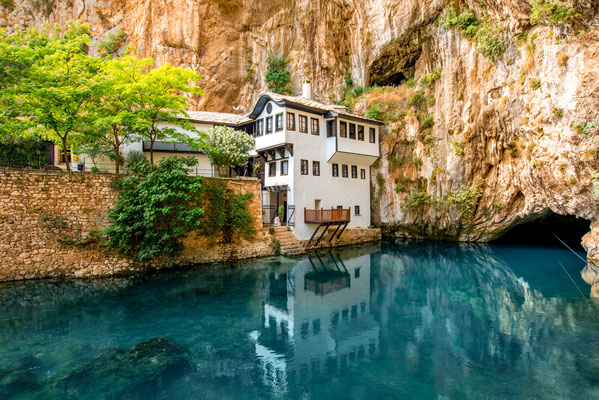 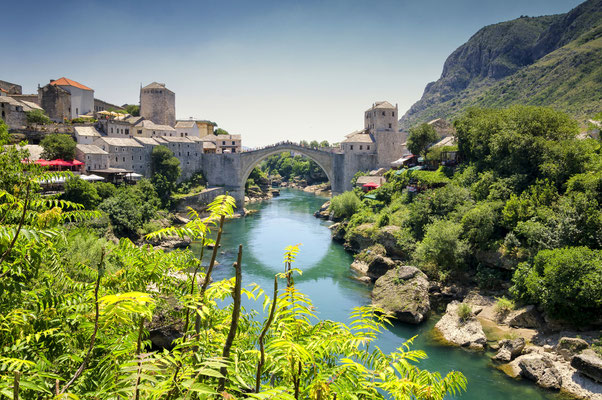 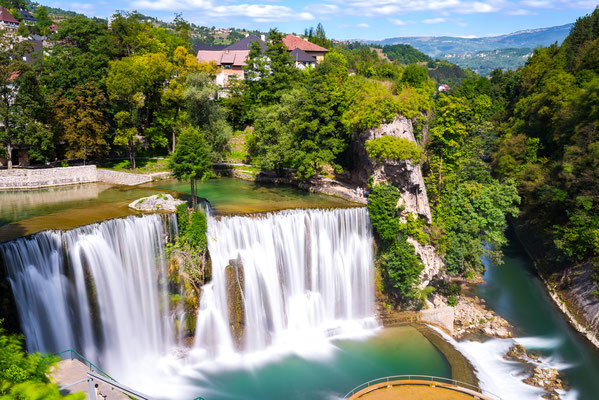 Bascarsija is the old part of town with craft shops and petite traditional cafés and restaurants which should not be missed. The square dates back to the 15th century as an Ottoman trade centre and rises around the central fountain – Sebilj, spreading across narrow cobbled alleys into small crafts and other shops, mosques, libraries, Islamic schools… Ottoman style smoothly intertwines with the Austro-Hungarian design of the nearby Town Hall, one of the symbols of Sarajevo built in pseudo-Moorish style.

Mosques, synagogues, Orthodox and Roman Catholic churches standing next to each other create a unique heritage of this multicultural city. Strolling from Bascarsija you will come across the Old Orthodox Church built during the Ottoman period, a splendid Gazi-Husrev-bey’s Mosque, a nearby Jewish Temple and gallery and finally the Catholic Cathedral.

The museum is located on the exact spot of the assassination of the Archduke Franz Ferdinand thus triggering World War I. However the museum portrays the entire period of the Austro-Hungarian reign over Bosnia and Herzegovina. Combined with Svrzo House, Despic House which resemble life in the 17th and 18th century, and other Sarajevo Museum annexes, you will be able to grasp and emerge into our past, the way of living, our traditions and customs.

Southeast best filmmakers and major film stars gather at this not-to-be-missed festival featuring main-stage showings, world’s best documentaries, film workshops and similar. This is a good time to try out some of lively cafés and nightlife in Sarajevo. Sarajevo Film Festival, along with Bascarsija Nights (folklore and music, June), Sarajevo Winter dedicated to the 14th Winter Olympic Games with over a thousand participants (February-March) and numerous other events make Sarajevo buzz with entertainment.