Is there a more beautiful destination than Porto in Portugal ? The question is difficult to answer because Portugal offers so many beautiful landscapes and historical treasures. You really should discover the beauty of Lisbon but also the pearl of the ocean that is Madeira.

Porto with its Port wine,  river, sea, hills, history and people is an unforgettable destination. However, if you choose to stay for a week or more in Porto, you will have plenty of time to discover new destinations around the town. In that case we recommend  to go to Guimaraes, the 2012 European Capital of Culture. Guimaraes is Portugal’s birthplace, the place where Afonso 1, the first king of Portugal, was born. It is the cradle of many adventures and discoveries and is an exceptional destination to explore the Portuguese roots but also appreciate modern and contemporary history and art. Guimaraes is a concentration of the best things that you can find in Portugal, a mix of culture, history, gastronomy, architecture and art.

Visit Guimarães & Braga on a full-day trip from Porto. 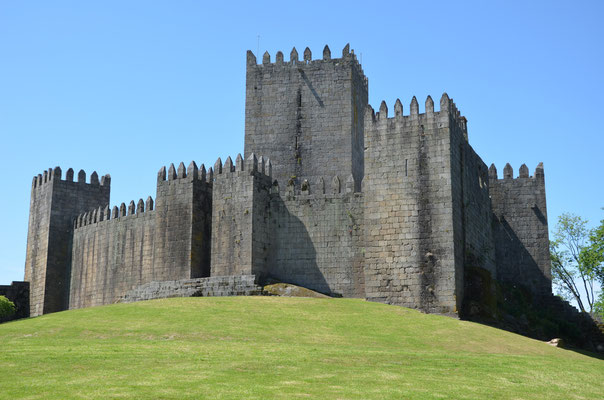 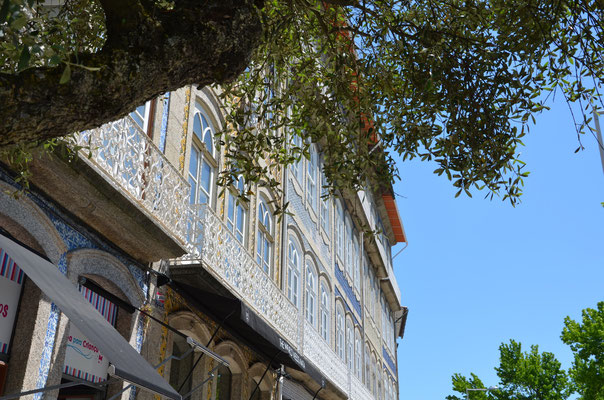 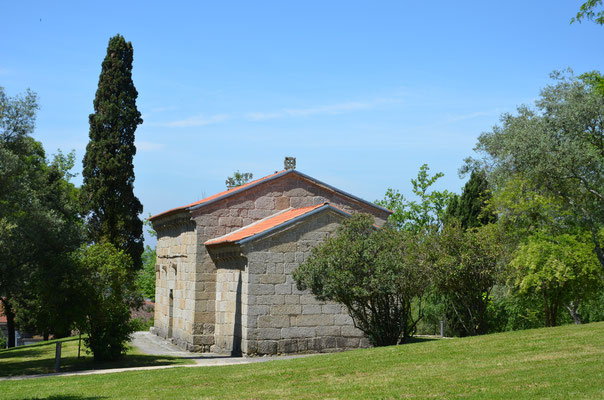 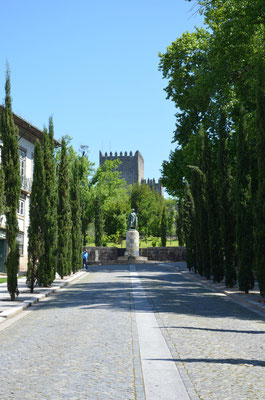 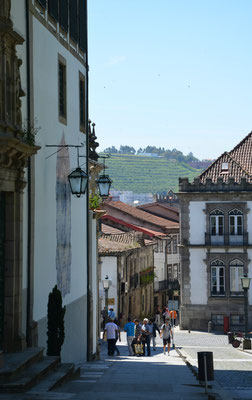 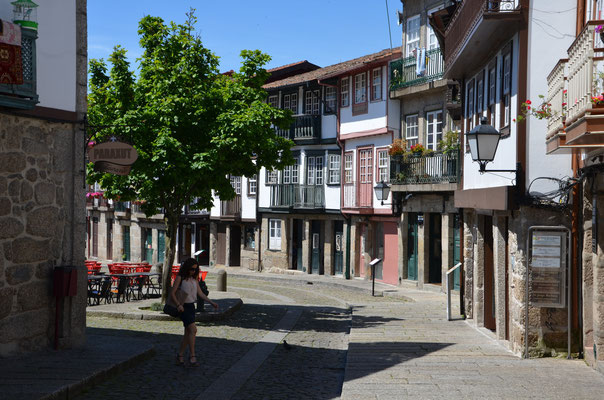 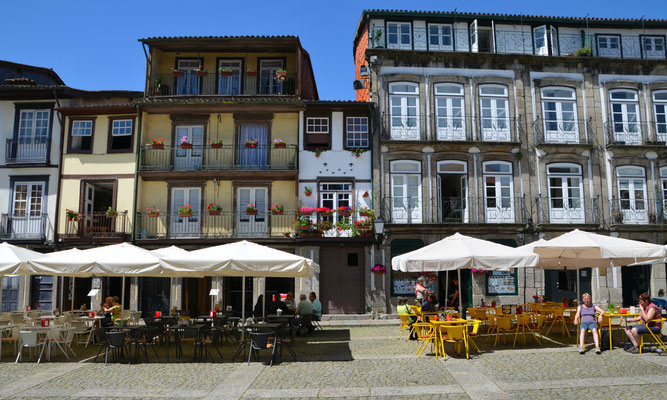 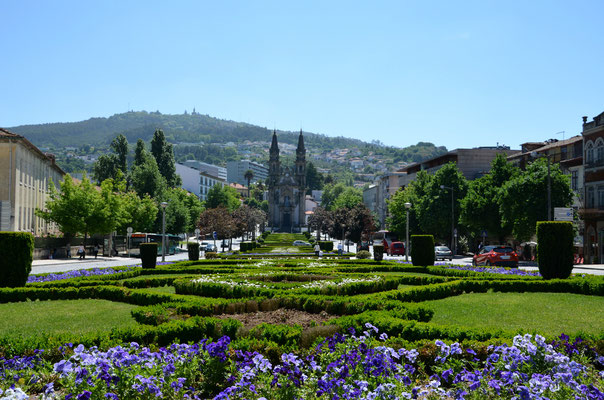 
Top things to do

Built on the site of the old Guimaraes market, the Platform of Art is a museum you will remember for a long time. The museum is one of the living traces of the "Guimaraes event : 2012 European Capital of Culture" which thrilled the whole region and attracted travelers from around the world. The Platform of arts has a lot of qualities: an interesting architecture with stunning perspectives and a showcase for works that benefit from an excellent scenography which can compete with the greatest museums in Europe .

The Platform of Art will introduce you to different artistic universes referring to both our instincts and our knowledges. It is a comprehensive museum with an intelligent selection of works and  staging, a mix of photos, sculptures, videos, slide shows,  sounds,  African masks and Portuguese family portraits with a wink at the work of the filmmaker Bresson.

The Castle of Guimarães

Perched on the Mountain Latito in the upper part of Guimaraes, known as a sacred mountain,  Guimaraes castle was built in the XI century to protect the monastery. Then it became a prison, was afterwards abandoned and finally reopened to the public in 1940. The admission is free.

Hint: Go to the back of the castle, one of the best places to get an overview of the historic building. After visiting the castle do not hesitate to visit the  Braganza Palace  of the Dukes and the San Miguel Chapel where the first king of Portugal, Afonso 1 was baptized.

Very well furnished and with lots of charm, Toural Square has nothing to envy the most beautiful squares in Europe. The white granite  reflects sunlight on all facades of old houses and shops which line it. Very elegant and chic, airy and spacious, this place is very close to an old fortification where the history of Guimaraes can be read  in just one sentence: "AQUI NASCEU Portugal» (Portugal was born here)

In a downtown entirely classified Unesco World Heritage, discover the history of Portugal in a beautiful city with an authentic and intact charm. Often called "Cidade Berço"  the Portuguese nation’, Guimaraes is the birthplace of Portugal's first king, Afonso I. The people of Guimaraes are also called "The Conquerors" thanks to the important historical heritage of discoveries and conquests which started in Guimaraes.

That heritage gives Guimaraes its authenticity .The village was given the status of town in 1853. Guimaraes is the starting point of the history of a country that conquers the world.

The Braganza Palace of the Dukes

The residence was ordered to be built in the first quarter of the 15th century (likely 1420 to 1422) by Afonso, Count of Barcelos, the illegitimate son of John, and future Duke of Braganza, following his return to Portugal after a series of diplomatic missions to the Courts of France, Venice, Aragon and Castille.

The Palace is located in the urban setting of the Guimaraes historic centre  on the top of Monte Latito, encircled by a forested park and green-space, intersected by several pedestrian trails. The Santa Cruz Chapel is very near (south east) the São Miguel church (north) as well as Do Castelo and the Guimarães Castle.

Located in the heart of the beautiful town of Guimaraes, Santiago Square is the perfect place to relax and have a meal during your visit. There are many restaurants on this square lined up with facades from the 16th century. Look down to the ground and you will see the foundations of an ancient Chapel, the Santiago Chapel which gave the square its name. A nice place where cafes and restaurants make affordable prices to attract locals as well as tourists.

The Dona Mafalda restaurant in the Pousada de Guimarães, Santa Marinha, is an impressive room with large stone arches, which once housed the wineries and cellars of the monastery.

The meals there are traditional and local. The very professional restaurant and personal service will give the customers a memorable 5 star experience. The Dona Mafalda is a safe bet for gastronomy, history and authenticity lovers in a relaxing and traditional place. 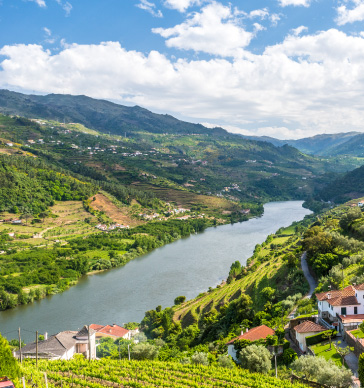 Take a trip by bus along the Douro River to discover charming riverside towns and landscapes. 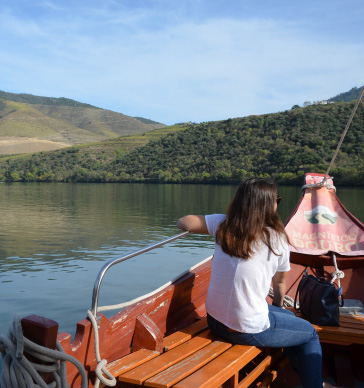 Enjoy a boat ride down the Douro river and visit the charming towns that dot the countryside. 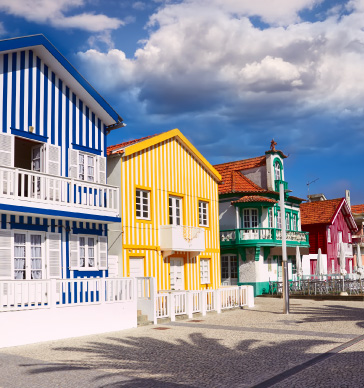 The half-day tour begins at the fish market square, where you’ll have great views of the city center. 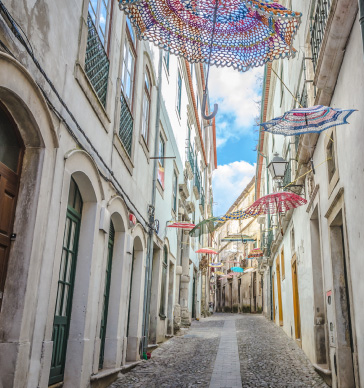 Join a full-day tour of the main sights of the historical Central Region and visit Aveiro & Coimbra. 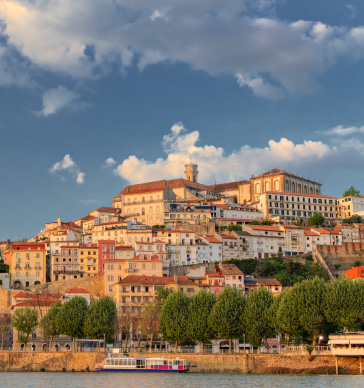 Discover the religious centers of Portugal on a 10-hour guided tour of Fátima and Coimbra from Porto, 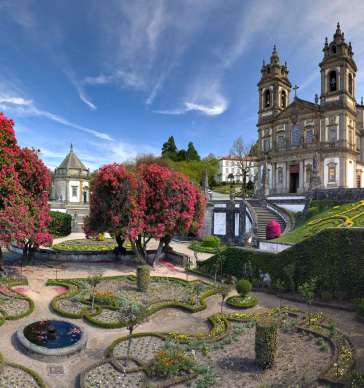 Explore the region and visit the cities of Guimarães and Braga on a full-day trip from Porto. 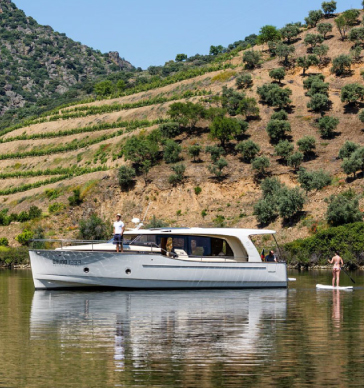 Discover Porto the Douro Valley with a tailor made cruise by FeelDouro.