Bologna is a place that flows through time, a place where arts and knowledge meet.

The University of Bologna is the oldest in Europe and still today a meeting point for culture and cultures. The old town with arcades stretching over more than 40 kilometres is one of the best preserved medieval cities in the Old World. Today, its historical and artistic heritage is preserved in over 40 museums.

The true surprise is being inside an open air art exhibition, walking by impressive churches and noble palaces.

Between XVII and XIX century, Bologna was a must-see city for European great musicians, such as Farinelli, Rossini and the young Mozart. The 18th century Teatro Comunale (the City Theatre), the G.B. Martini Conservatorio (the Conservatoire) and the Museo Internazionale della Musica (the International Music Museum) together give evidence of the extraordinary music history of this city.

Today, you can discover a rich, live music programme, on some occasions absolutely exceptional. Because of such a wide, deeply engrained custom, Bologna was named UNESCO “Creative City of Music” in 2006.

Time spent in Bologna means, among other things, eating well. Its food traditions have made it famous throughout the world and today it is truly the capital city of culinary taste and quality. Dishes range from tortellini to tagliatelle, and local cuisine is based principally upon handmade egg pasta, rich dried and cured meats (above all the famous mortadella of Bologna), choice meats and good wines.

Bologna is only 37 minutes from Florence, one hour from Milan: the high speed rail network places our city at the heart of Italy on the move. In addition Bologna is where all main Italian motorways meet and link to the principal connections with other European countries. Don't forget that here's the top of Italian motor industries, including prestigious companies such as Lamborghini and Ducati, and not far from Bologna Ferrari.

By plane it only takes up to two hours to reach Bologna from all main European capital cities. 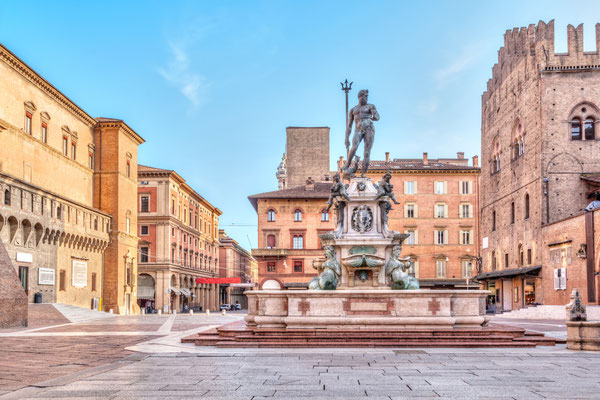 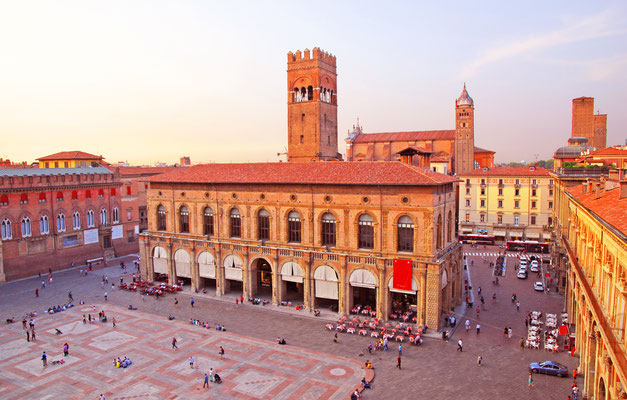 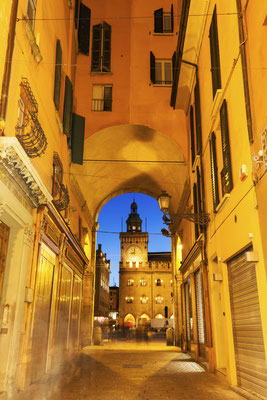 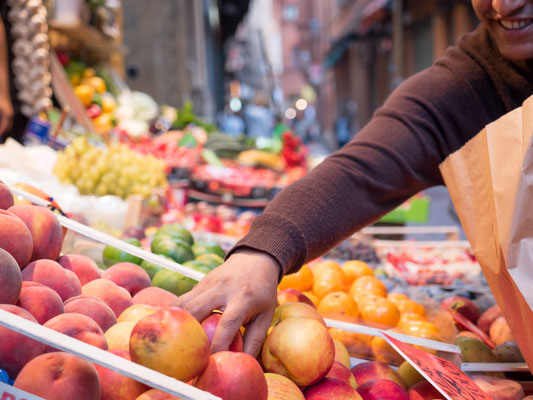 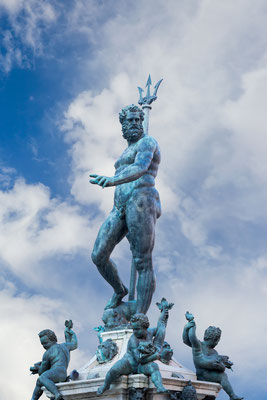 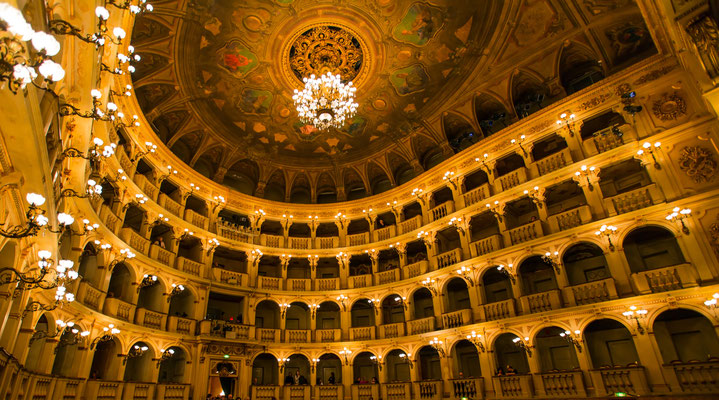 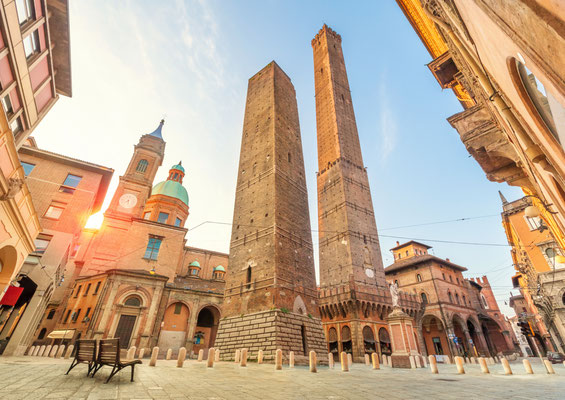 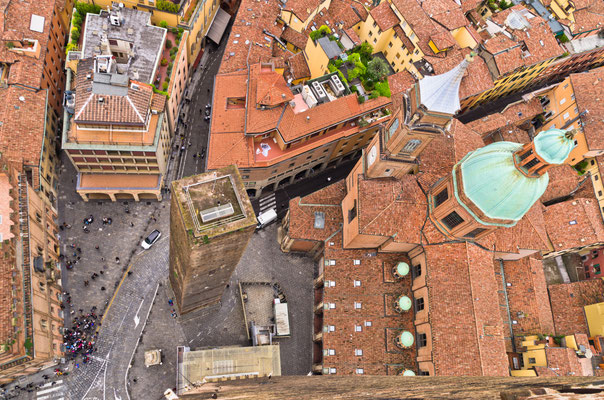 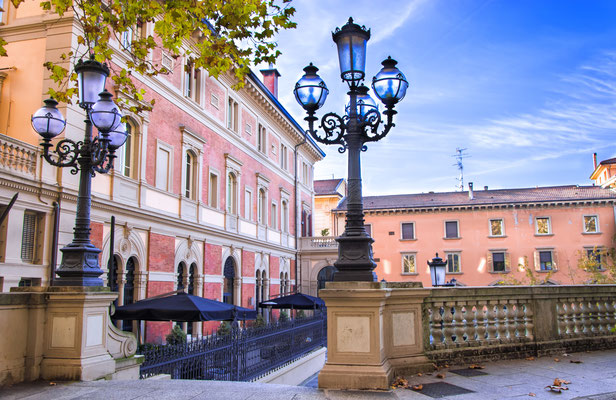 The more than 40-km-long porticoes make the city of Bologna unique in the world and have been nominated as a UNESCO World Heritage Site. Since 1100, when the growth of the University made new spaces for urban development necessary, Bologna's porticoes have become a place that is public and private at the same time and that serves both a social and business purpose.

The Museums of Bologna

Bologna's historical and artistic heritage is preserved in over 40 museums: art here means being able to access a path embracing many centuries. There are Egyptian, Etruscan and Roman collections in the Archaeological Museum, the exhibits of the Medieval Museum, and the paintings of great artists like Guido Reni, Raffaello and the Carraccis in the National Picture Gallery. Modern and contemporary art has its place in town at MAMbo (Modern Art Gallery) and at Morandi Museum.

Bologna's food traditions have made it famous throughout the world and today it is truly the capital city of culinary taste and quality. This is the reason why Bologna is also known as “the fat”: good food and wine and excellent cooking. Do you want to cook as a real local? Ready to find out the sfogline's secrets to make a perfect handmade pasta? Attend one of our cooking class! An unforgettable experience with tagliatelle, lasagne and tortellini and your dinners will never be the same.

According to Zagat, the Carpigiani Gelato Museum is one of the 7 coolest museums around the world. The museum is dedicated to the history, culture, and technology of artisan gelato, a fresh, high-quality food that well represents Italian creativity and excellence throughout the world! Precious accessories and tools of the trade from past ages, video interviews, and workshops and ice-cream tastings. Find your favourite gelato, try one of the best ice-cream shops in town!

The Alma Mater Studiorum is the oldest university of the western world: it has attracted young people from all over Europe since 1088. Over the centuries it has hosted illustrious personalities, such as Dante, becoming an important academic centre on Europe’s cultural scene. More than 100,000 students are enrolled at the University of Bologna, making our University one of the largest in Italy. Bologna has also 17 university museums, such as the important collections of Palazzo Poggi.