In the Rythm of Vienna

Vienna's musical diversity ranges from early times through to the present day: people have been dancing in three-four time to Johann Strauss' world-famous Blue Danube Waltz for 150 years already. His golden statue in the Stadtpark is probably Vienna's most popular photo motif, the original apartment on Praterstrasse exudes the flair of the age, and the House of Music presents Strauss and the Viennese waltz. Dancing is always on the program in Vienna, whether at a waltz dance course or doing the Lindy Hop. Jazz sounds, club sounds and electronic music ensure lively nights of partying.

The Vienna Philharmonic, which has been enchanting its audiences for 175 years, and the Vienna Boys' Choir, which has been performing at its new MuTh concert hall for five years now, are the classic flagships of the city. Festivals such as Wien Modern, Resonanzen, Voice Mania and the Gürtel Nightwalk prove that music from all epochs and in a variety of styles can be experienced in Vienna. Franz Schubert and Falco moved the international world of music in the past – today, Wanda are the musical heroes.

The imperial attitude towards life can still be sensed today in Schönbrunn Palace. Two female rulers spent their summers there: Archduchess Maria Theresia and Empress Elisabeth, better known as Sisi. Exhibitions will draw visitors here for Maria Theresia's 300th birthday, as well as to the Imperial Coach Collection Vienna, the Imperial Furniture Collection and outside Vienna to Schloss Hof and Niederweiden Palace.

Exhibitions on Maria Theresa are also held in the ceremonial room of the Austrian National Library, in the Lower Belvedere, in the Coin Collection of the Kunsthistorisches Museum Vienna and at Klosterneuburg Monastery. Empress Elisabeth would have turned 180 years old in 2017 - a fact acknowledged by a show in the Sisi Museum in the Imperial Palace and a new Sisi section at Madame Tussauds.  Vienna's symbol, the Giant Ferris Wheel, has been turning rhythmically in the Prater for 120 years. Schönbrunn Zoo will turn 265 years old, making it the oldest zoo in the world.

Tradition is also rooted in handicrafts. The erstwhile imperial and royal court purveyors offer maximum quality in a manicured ambiance. Lobmeyr, Köchert and others not only maintain traditions but also continue to develop their own futures with young creative talents. The young designers and fashion makers find new approaches to marketing at fashion fairs such as Blickfang or the Modepalast, or in pop-up stores.

Culinary enjoyment always comes first in Vienna: The artistically designed display windows of the imperial and royal court confectioner Demel are as much a part of the Viennese lifestyle as the coffee houses in which people while away the time. In May, the Genussfestival invites visitors to stroll and taste food and drink in the Stadtpark.

Twenty restaurateurs offer specialties from around the world at the Music Film Festival on City Hall Square in the summer. This is the biggest culinary event in Europe and is discreetly accompanied by operas, ballet and concerts from classical to pop. Gourmets also enjoy themselves during Vienna Restaurant Week or in one of the nine restaurants with a Michelin Guide award. Those who prefer things simple and down-to-earth can head for the food truck or a sausage stand. Information: www.vienna.info

In the very heart of the city

Located right in the centre of Vienna

Breathtaking views and a rooftop pool

Located right next the Botanical Garden 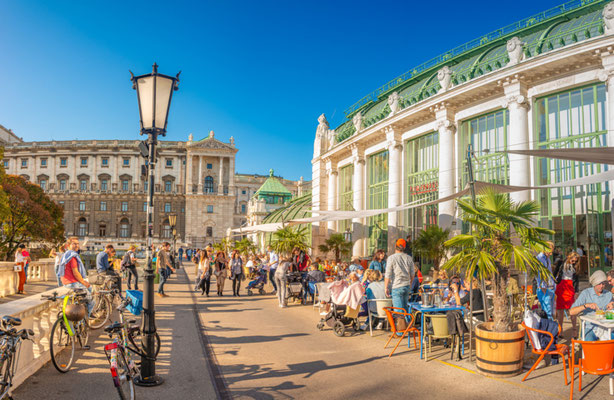 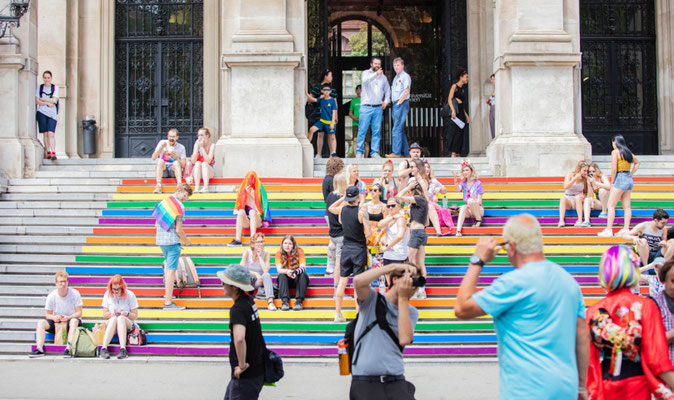 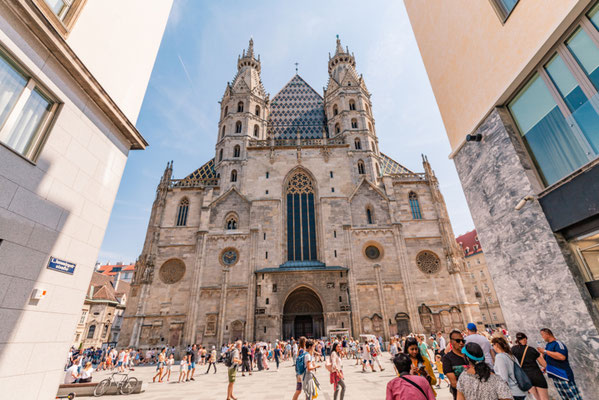 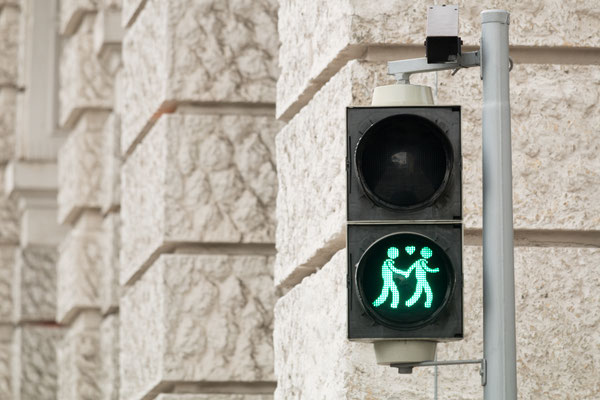 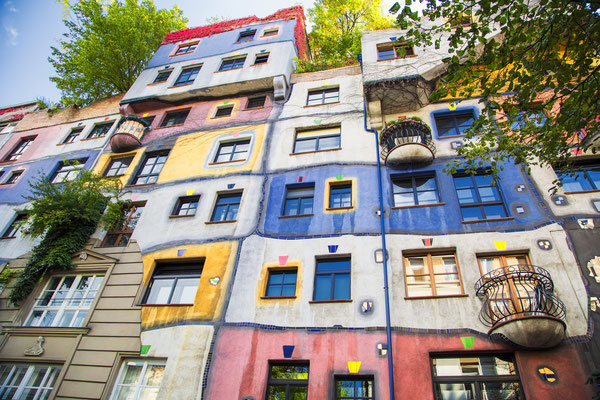 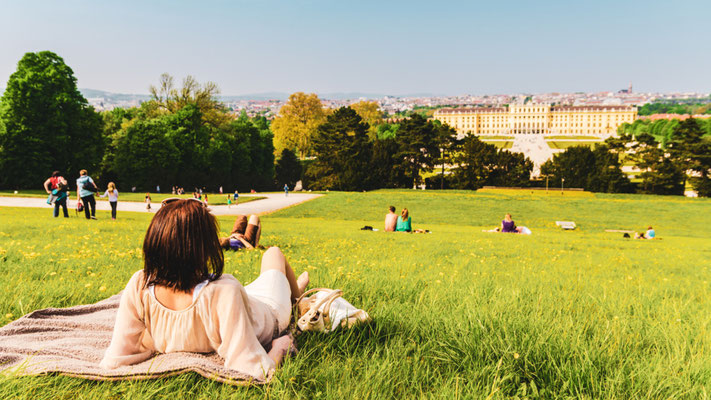 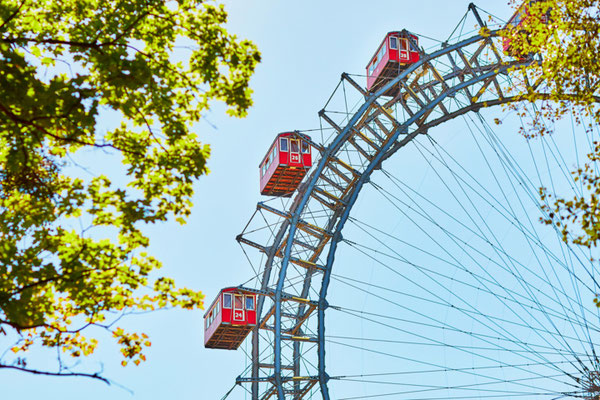 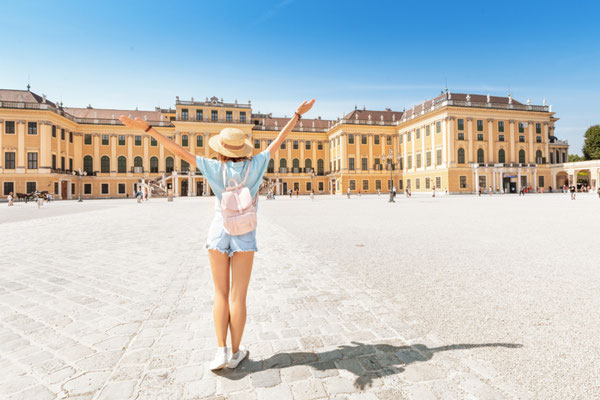 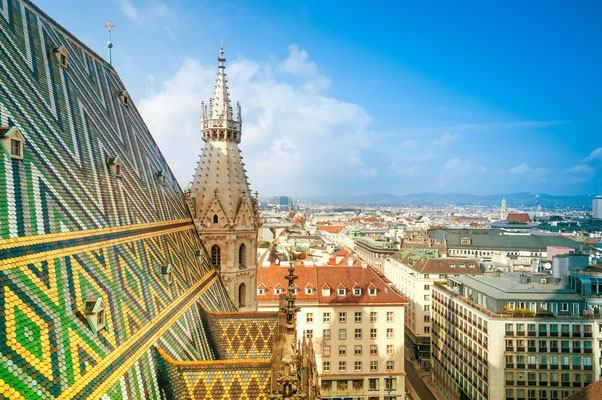 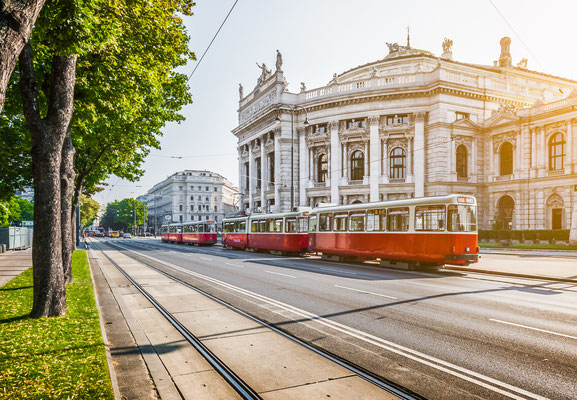 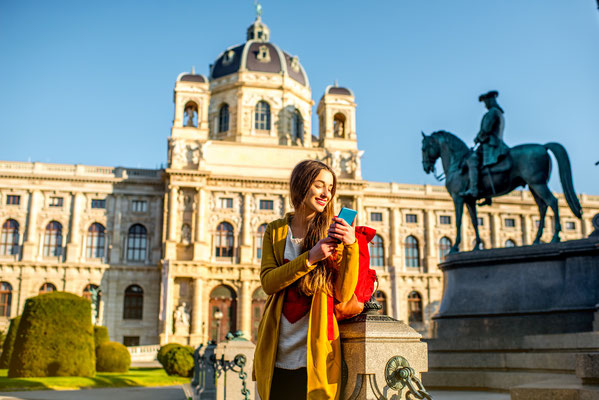 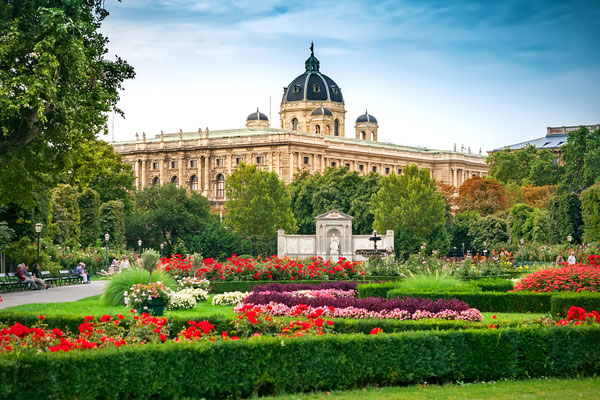 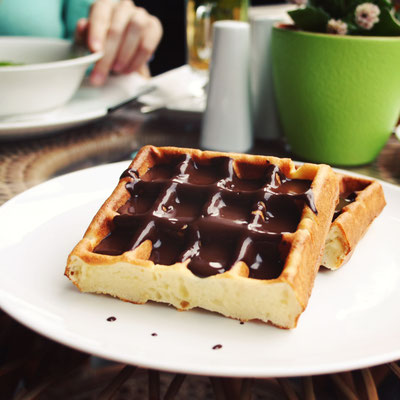 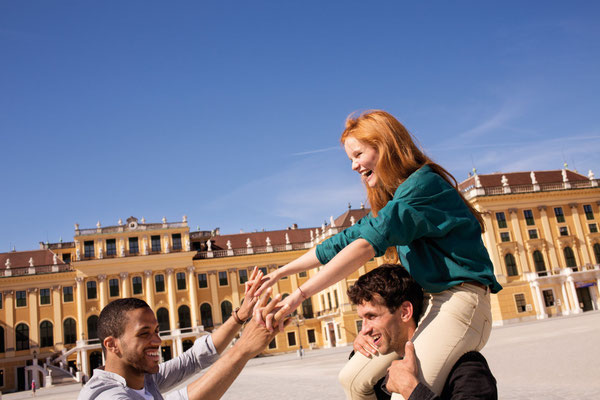 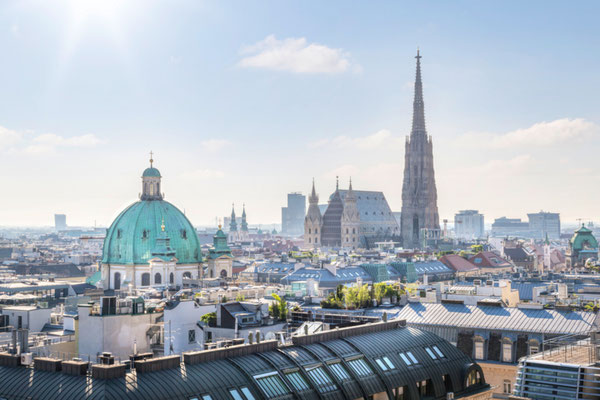 Schönbrunn Palace, the former summer residence of the imperial family, is one of Europe's most impressive Baroque palace complexes. Spend an entire day at Schönbrunn: visit the show rooms with a "Grand Tour with Audio Guide" and admire the splendid Bergl Rooms. Take a walk through the enchanting park, stroll through the maze and stop at the Gloriette for a cup of coffee and apple strudel.

The MuseumsQuartier (MQ) is one of the ten largest cultural quarters in the world. Located at the border of the old city in the former imperial stables, it combines institutions of different art fields such as the Leopold Museum with its masterworks of Austrian modern art or the mumok – Museum of Modern Art. Trendy restaurants and cafés as well as shops can also be found in this post-modern ambiance.

About 250 attractions entertain you at the Vienna Prater, from a nostalgic merry-go-round to an ultra-modern roller coaster, from ghost trains to flight simulators. A ride on the famous Giant Ferris Wheel provides a phantastic view of the city from almost 200 feet up. The adjacent Green Prater with an area of six million square meters offers an ideal environment for relaxing strolls, brisk hikes, bicycle and skating trips, and much more.

A visit to Vienna, the city of music, won’t be complete without a concert evening at the Musikverein. The concert hall contains the world-famous Golden Hall, in which the Wiener Philharmoniker celebrate the New Year's Concert every year - attracting a television audience of millions around the globe. The Musikverein offers wonderful concerts with eminent orchestras and conductors throughout the rest of the year as well.

The city’s wonderful markets offer a typically Viennese shopping experience. This is where Vienna lives up to its legendary reputation as a melting pot of nations: Viennese humour blends with eastern European charm, and oriental flair with Mediterranean temperament. Vienna's markets are about much more than just shopping. They are the lifeblood of the districts they serve, attracting a young, creative and lively scene. This is perfectly illustrated by three Viennese institutions - the Naschmarkt, Karmelitermarkt and Brunnenmarkt.