Cologne: the lovable metropolis on the Rhine

This lively city on the Rhine offers a wealth of cultural activities, international trade fairs and conferences, and numerous major events. Attractions such as Cologne Cathedral, which is recognized as a UNESCO World Heritage Site, and the city’s 12 large Romanesque churches create an unforgettable impression on visitors. What’s more, the cathedral city of Cologne is home to many museums and galleries that present top-class art treasures of all styles and from all epochs.

With shopping streets, alleys in the “old town” and characteristic urban neighbourhoods – known as “Veedel” in Cologne’s own dialect – Cologne is considered an insider tip as one of Germany’s greatest cities for shopping. And let’s not forget the excellent and exciting night life – among Germany’s major cities, Cologne has the highest density of pubs and taverns. Around 3,300 bars, clubs and restaurants invite the visitor to enjoy a cool Kölsch beer.

Cologne is richer in diversity, and more vital and lovable than virtually any of Germany’s other big cities. The “Cologne way of life” is highly infectious – and that’s reason enough to pay Cologne a visit!

The Cologne Cathedral is just 200 m away

It is situated just steps from the Cathedral

Great views of the Cologne Cathedral 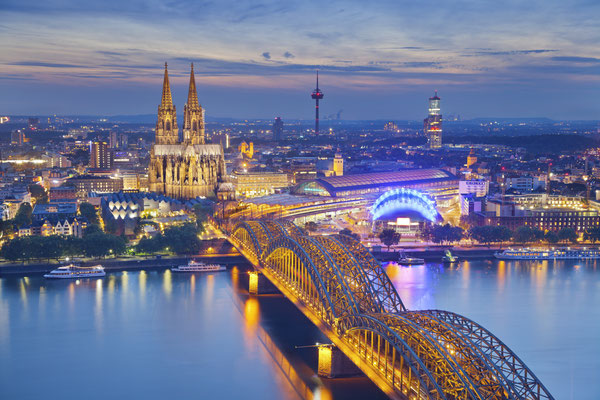 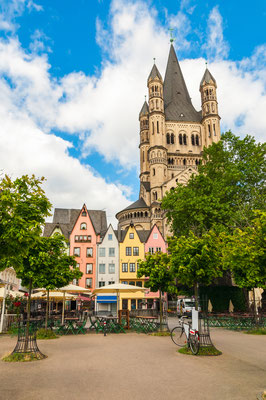 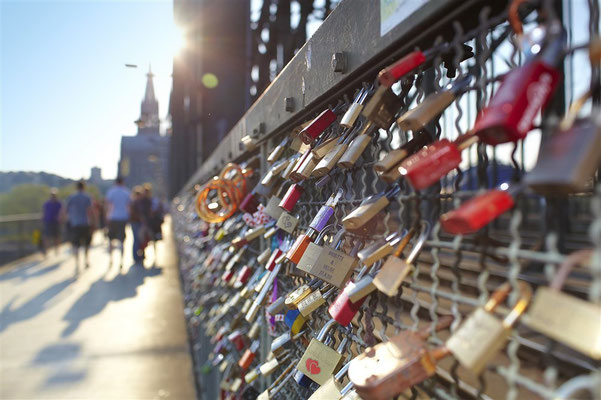 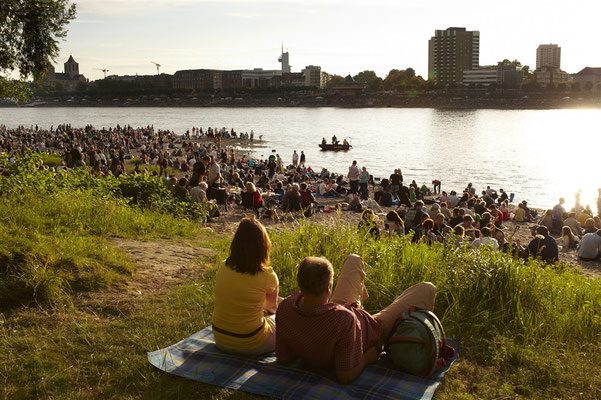 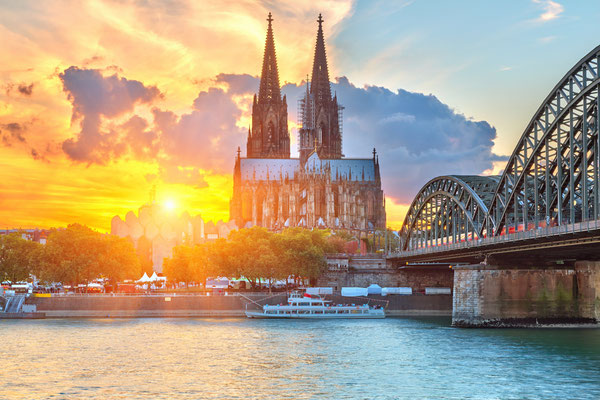 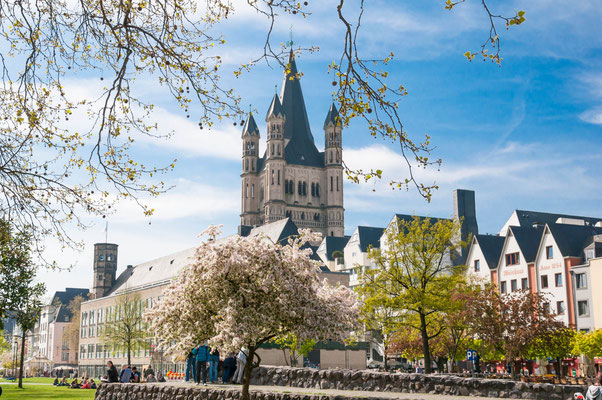 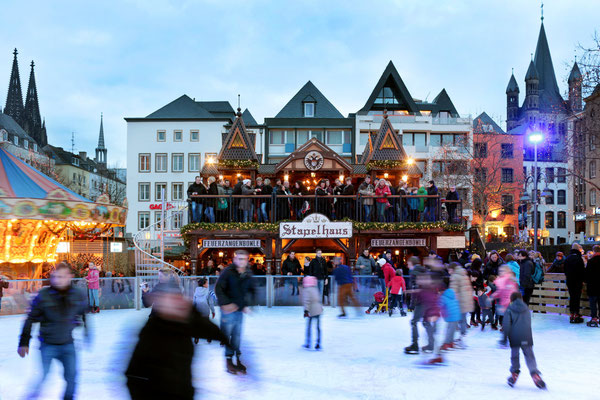 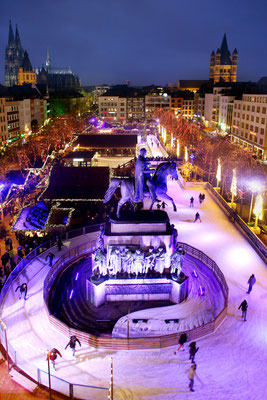 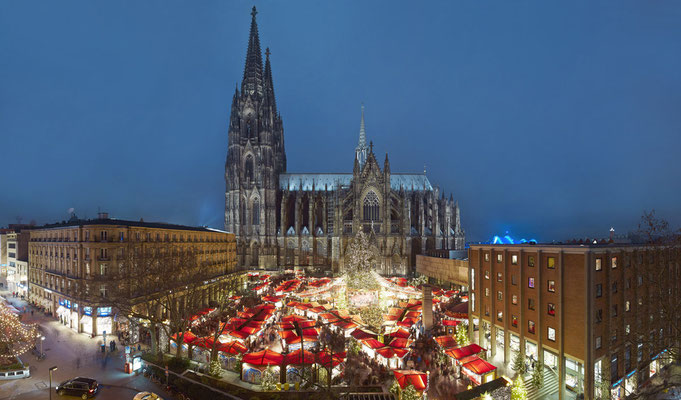 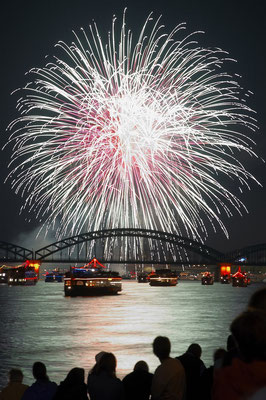 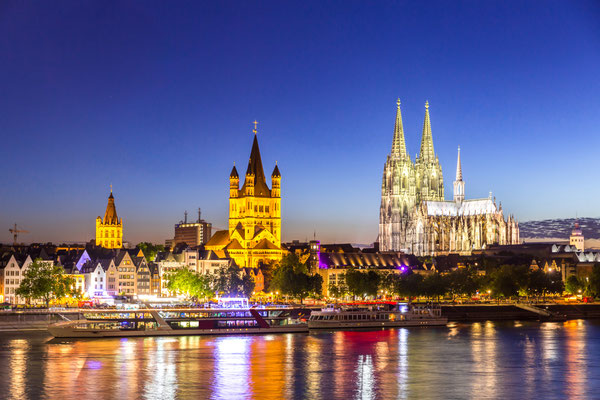 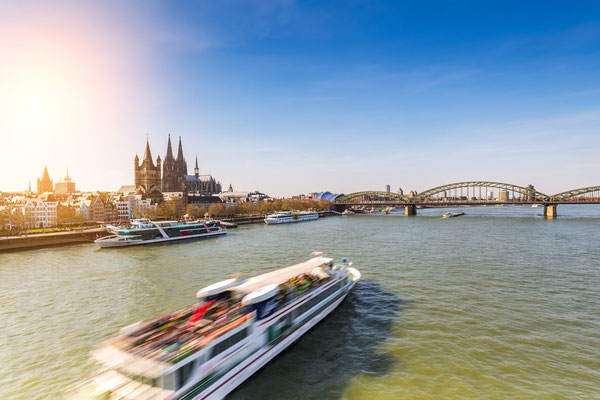 Cologne Cathedral is not only Cologne’s but also Germany’s most important tourist attraction. Each year more than 6.5 million people from all over the world visit this Gothic cathedral, which was listed as a UNESCO World Heritage Site in 1996. At 157.38 metres high, the Cathedral is the second-tallest church in Europe and the third-tallest in the world. The imposing Cathedral houses the golden Shrine of the Three Kings, which became one of the most important pilgrimage sites of the Middle Ages.

A vital aspect of the Cologne lifestyle and local culture will greet the visitor at any one of the city’s many breweries. A number of the traditional brewery restaurants are located in the Old Town. A refreshing Kölsch beer always awaits the guests in these establishments. A glass of it can be enjoyed together with a specialty of Cologne’s traditional cuisine such as a “Halver Hahn” (a bread roll with Dutch cheese and mustard), “Himmel un Ääd” (Heaven and Earth – apple and mashed potato) or “Kölscher Kaviar” (black pudding).

The Museum Ludwig is one of Germany's most important museums for 20th century art and contemporary art. It was founded in 1976 when Peter and Irene Ludwig presented the City of Cologne with 350 works of modern art. These works predominantly consist of American Pop Art paintings, objects, and sculptures. In American Pop Art the Museum Ludwig boasts the most significant collection outside the USA. A collection of Russian Avantgarde art spanning the years between 1905 and 1935 also came to the museum.

A relatively new tradition reflects the romantic effect of the Rhine. For over three years, couples have been hanging padlocks on the Hohenzollern bridge as a sign of their love and then throwing the key into the Rhine. Researchers exploring this tradition believe the custom originated in Italy. More than 40,000 locks now adorn the iron bridge; the collection of large and small, old and new, artistically decorated and lovingly arranged locks is a marvellous sight to behold.

Between 1998 and 2011 the Rheinauhafen, Cologne’s youngest district, was created from former grain storage buildings and warehouses. These days pedestrians stroll, joggers make their rounds and cyclists pedal along the riverside, where coal, grain, steel and other cargo was unloaded from Rhine river barges in the past. The view of the riverfront from the Chocolate Museum to the South Bridge is characterized by a style of modern architecture in which the old and the new have been successfully integrated.