Beautiful Kotor, a cultural and natural world heritage site is located in a secluded part of the Boka bay.

In year 2000. Boka Kotorska bay became a member of the Club of the most beautiful bays in the world.

Popular Lonely Planet's Best in Travel yearbook for 2016 has named Kotor as the number one city to visit in the world.

Noble palaces in this unique town are the best storytellers of the long and rich life of Kotor. The history, tradition and culture of Kotor are abundant.

This town was able to preserve its distinctiveness through a number of unique manifestations. In February, the people of Kotor mask their faces and put on costumes for the famous carnivals in the same way that their ancestors did for centuries. The most important celebration takes place on the main street, where a parade of masks and costumes made by the local creatives takes place. The town gets ready for the year ahead by trial and burning of the Cernevale for all the wrongdoings of the past year. In addition to this one, there is an international summer carnival which hosts many carnival groups from various European countries.

Another unique celebration is St. Tryphon’s Day, dedicated to the patron saint of Kotor, St. Tryphon, whose relics are located in the basilica that was erected in the 12th century.

As the tradition has required for centuries, at the end of August a costumed boats parade makes rounds on the water going from Muo to Dobrota, making the bay even more beautiful. Kotor has long been recognized as a city of prestigious and famous festivals.

Kotor festival of children’s theater in July has been running for decades.

The International Fashion Show, situated underneath the bell towers of St. Tryphon Cathedral is also in July, while Kotor Art is both in July and August. The Klapa Music Festival, Sea Rock Festival and the Kotor Children’s Festival are unified into the International Kotor Art Festival, which raised the bar of the cultural offer to a very high level.

The cuisine of Kotor is rich and diverse. Besides the „traditional dishes“ such as roasted octopus, mussels, clams and shrimp stew, grilled white fish, cod soup or black risotto, food lovers can find recipes for preparing some very exotic dishes such as avocado, octopus and smoked salmon cocktails, swordfish in marinade, fan mussel risotto in homemade prosecco, shrimp flambeed in cognac, tuna in prosecco and carob sauce, etc. There is also the traditional fish brodetto, white and blue fish prepared in numerous ways, served with traditional Swiss chard and potatoes, seafood risotto and a wide spectrum of dishes from the continental part of Montenegro.

If you are passionate for nature, art, history and want to know more about the rich cultural heritage and customs of this region, visit the town of Kotor, the baroque city of Perast, visit the islet Our lady of the rocks, and finally discover the archaeological site Roman mosaics in Risan with mostly superb representation of the god Hypnos and observe the traces of the first civilization.

Located in Dobrota, 3Km from the city centre.

A wellness and spa centre is at the guests’ disposal

Located in the core of Kotor old town

This hotel offers views of the Kotor Bay

Blue Kotor Bay is an adult only hotel 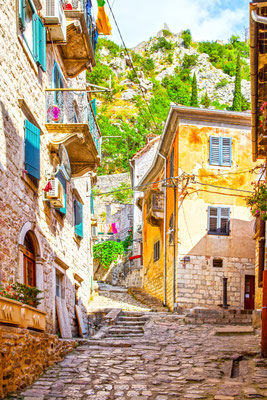 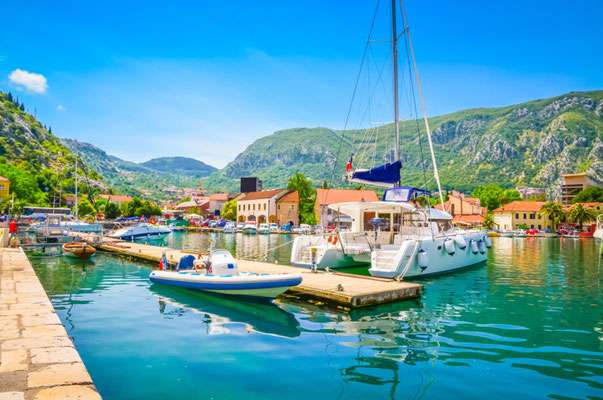 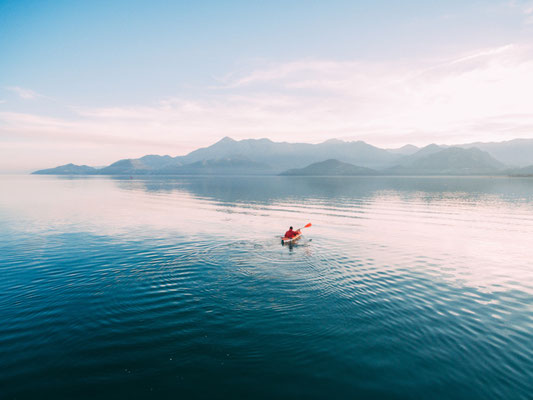 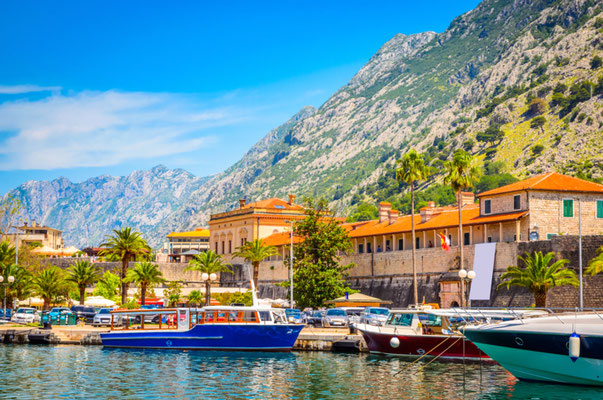 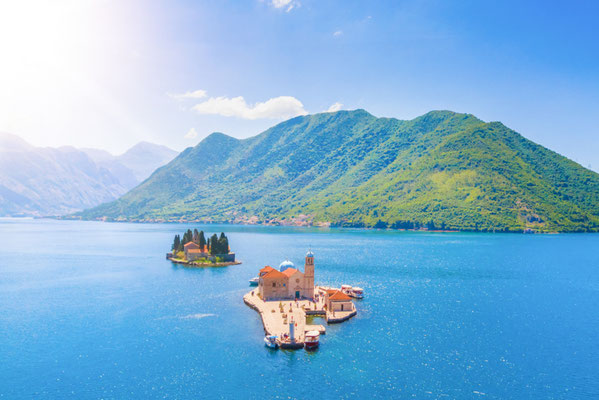 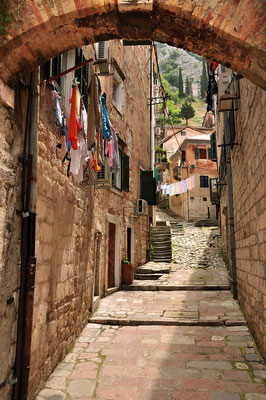 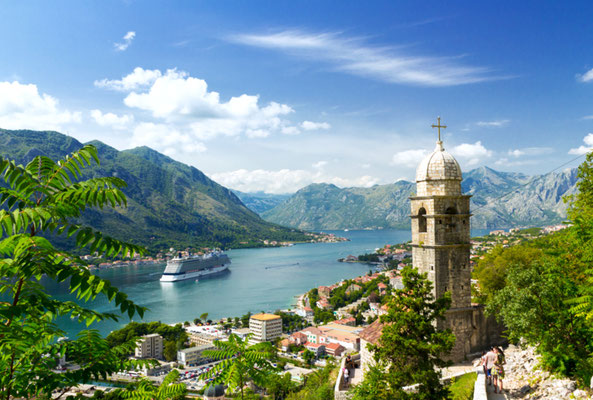 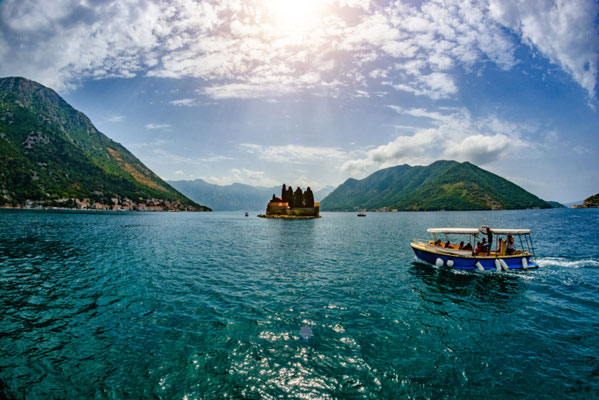 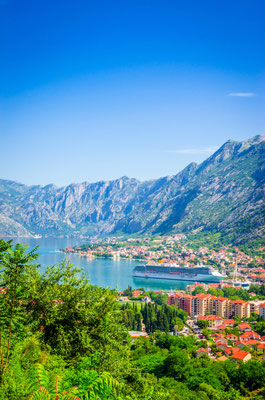 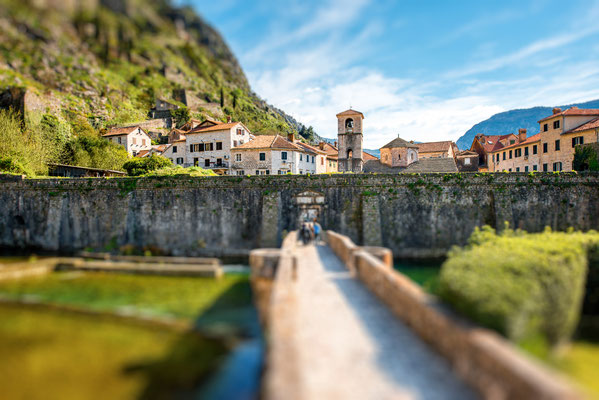 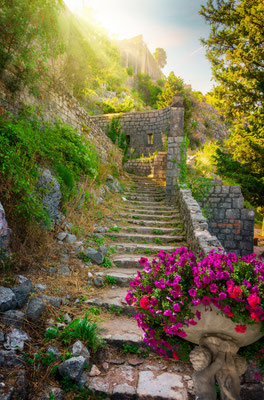 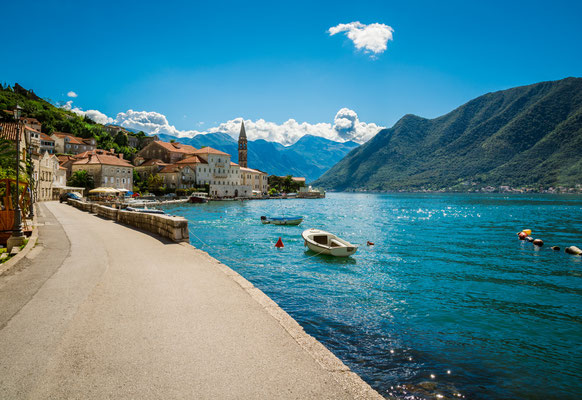 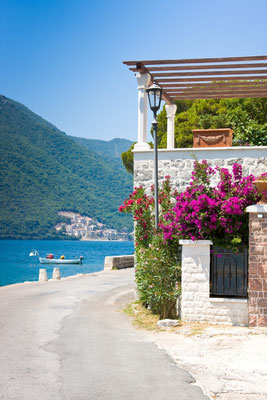 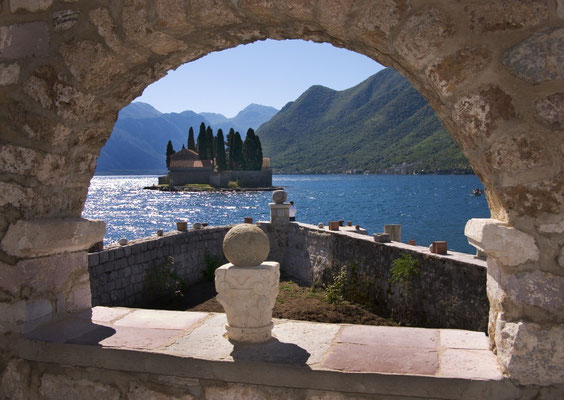 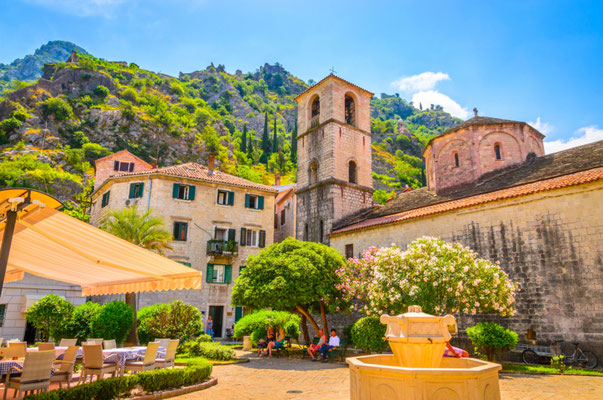 Explore Perast and it's islands

Perast is situated opposite the Verige strait, at the foothill of the Kason hill. The town was named after the Illyrian tribe Pirusta and it had a very rich history. This small baroque town reached its height of glory in the 17th and 18th centuries. At that time, Perast had a merchant fleet of around 100 ships. Its sailors were well-known for their skill and courage. Two small picturesque islands are located in front of Perast: St. George, which is a natural island and Our Lady of the Rock, a man-made island.

Climb to the fortress and city walls

Kotor is among few of Mediterranean towns which has preserved its fortification system up to today. The walls surrounding the old town of Kotor were one of the main motives and reasons why the UNESCO put this city on the list of the world natural and cultural heritage in 1979. The fortification system of Kotor was built and developed through centuries. The walls are 4.5km in length, at some places they reach 20 m in height and 2-16 m thick. At the sea level of 260 m there is St. Ivan’s fortress on the basis of which there are traces of Illyrian period.

Explore the Old town of Kotor

The Old City of Kotor is one of the best preserved medieval towns on Mediterannean. Medieval architecture and numerous monuments have made Kotor a UNESCO Heritage Site.

Through the entire city the buildings are criss-crossed with narrow streets and squares. On one of these squares is situated Cathedral of Saint Tryphon, the most recognizable symbol of the city.

The Roman mosaics represent remnants of the Roman Villa Urbana from the end of the 2nd century AD. The mosaics were discovered by the Director of the Museum of Cetinje, Dušan Vuksan, in 1930. The Roman villa of Hypnos in Risan has 7 rooms for the family covered by mosaics and 3 small rooms, supposing for the servants. In one of the rooms you can see the unique presentation of the God of Dreams - Hypnos.

Boka Kotorska bay or the Bay of Kotor is one of the Mediterranean's most distinctive and striking landscapes. The Bay is located on the south side of the Adriatic Sea. The Bay actually consists of 4 small bays, which are all surrounded by mountains of 1000-1700 m high rising directly from the water.The area is also known to have one of the most romantic landscapes to see in all of Montenegro. Exploring this bay by boat is a unique and fantastic experience.