Munich – traditional, dynamic, creative – it’s all in the mix!

What is it about Munich that makes tourists flock here from all over the world? Well, it’s the incomparable mix of cosmopolitanism and tradition; high-tech living and down-to-earth locals; innovation and a charming self-composure. Home to 1.54 million people, the state capital of Bavaria has everything a visitor could dream of for a perfect trip: A diverse arts and cultural scene, limitless sports and shopping facilities, lively bars and a thriving night-life, a colourful array of restaurants, and an excellent public transport network.The city garnered its status as a top spot for leisure and recreation thanks its countless green oases, including the Englischer Garten, Isar floodplains, and various palace gardens, as well as its proximity to the Alps and lakes of Upper Bavaria.

Munich is famous around the world as a hub of art, culture and knowledge. Three world-class orchestras, huge music festivals, outstanding opera and concert venues and a world-renowned club scene reflect the wide array of musical genres on offer, ranging from classical and jazz, to rock, pop and avant-garde. Munich is home to over 60 museums and exhibition spaces.

An ever-growing world-class art district attracts art lovers from all over the world. Featuring an impressive, colourful façade, Museum Brandhorst houses a highly regarded collection of modern art, making it the perfect accompaniment to the three Pinakothek museums. The new Staatliche Museum Ägyptischer Kunst (State Museum of Egyptian Art) opened its doors to visitors in 2013 while the Lenbachhaus gallery has already been open for almost four years following its renovations and expansion. When the Documentation Centre for the History of National Socialism opened in Munich in 2015, the city became home to a central hub of learning and memorial, reminding visitors of the crimes committed by the Nazi dictatorship and encouraging them to think about their causes, forms and impact on life today.

Anyone looking for a hands-on experience with the past and future of technology should visit the Deutsches Museum and its two separate branches in the city, the Verkehrszentrum (Transport Centre) at Theresienhöhe and Flugwerft Schleissheim aviation museum in northern Munich. Fans of cars and the relationship between technology and design should make their way to BMW Welt and the accompanying museum dedicated to the Munich-based car maker.

As well as the city’s rich culture, locals also love a bit of sport. Tennis or ice hockey, swimming or rowing, marathon running or cycling, golf or football, there is no end to the passion for sport in this city, which hosted the 1972 Summer Olympic Games and 2006 football World Cup. The Olympic Park and its venues are still used for a wide range of activities to this day, be it casual sport, major sporting events, concerts, festivals or simply a spot of relaxation in the fresh air while enjoying a view of the spectacular canopied roofs. Munich’s Allianz Arena is one Europe’s most state-of-the-art and unusual stadium venues. The outer walls and roof over the seating ring are covered in thousands of diamond-shaped air pockets, which light up in red and white, FC Bayern’s team colours. Any sports fans keen on their fitness will love the wide array of opportunities on offer at the city’s many popular sports festivals, its large parks, swimming pools and ice rinks.

And, last but not least, Munich is also a haven for shoppers with its chic fashion boutiques and designer outlets, trendy ateliers, huge department stores, unique antiques stores and excellent book shops. The city centre is the ideal place to combine sightseeing and shopping with a trip to a café or restaurant, with all attractions within easy reach on foot.

The range of eateries on offer span from world-famous award-winning restaurants to snack stands at Viktualienmarkt and traditional taverns. The best place to savour traditional Bavarian cooking and a nice cool beer is the shade of the chestnut trees at one of Munich’s many beer gardens. These venues bring together tourists and locals, cultivate old friendships and help to forge new ones. The tradition of beer gardens in Munich dates back to over 200 years ago and they are now seen as the epitome of the Bavarian lifestyle. 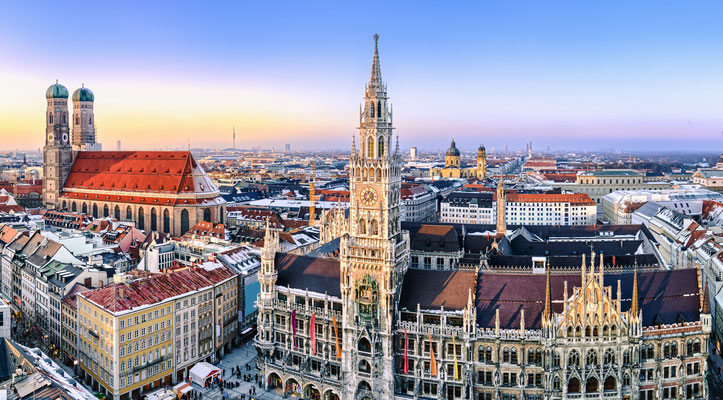 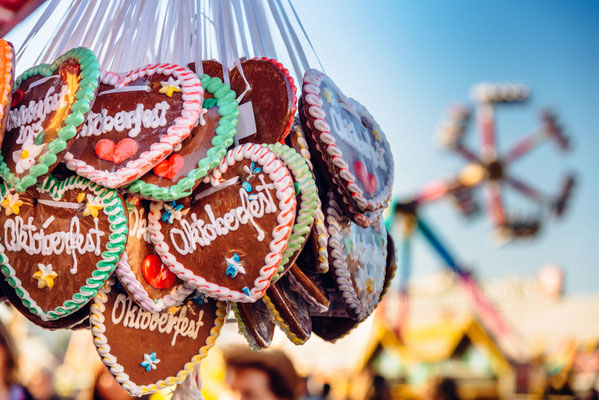 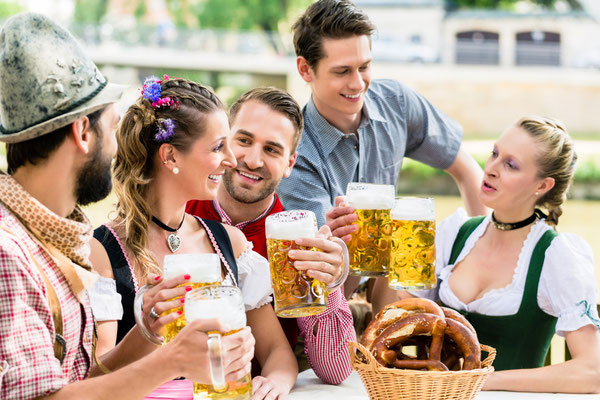 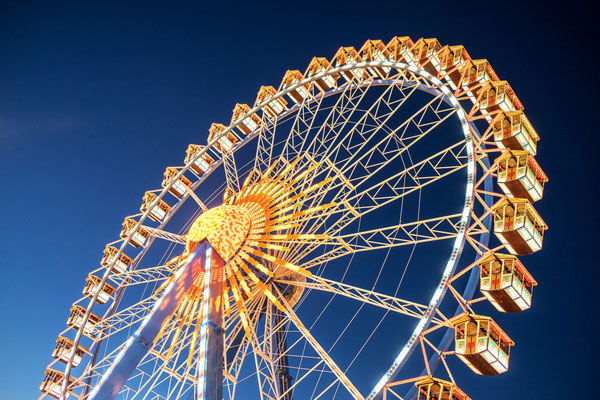 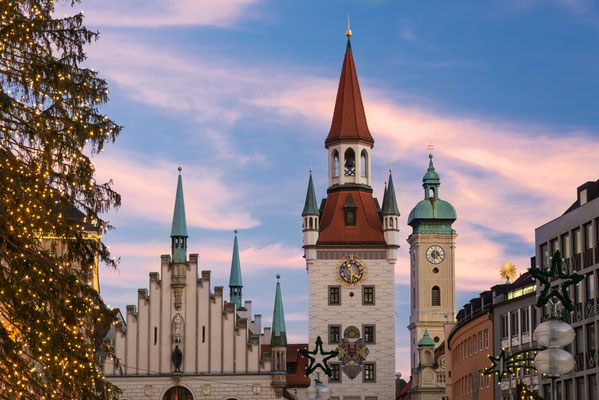 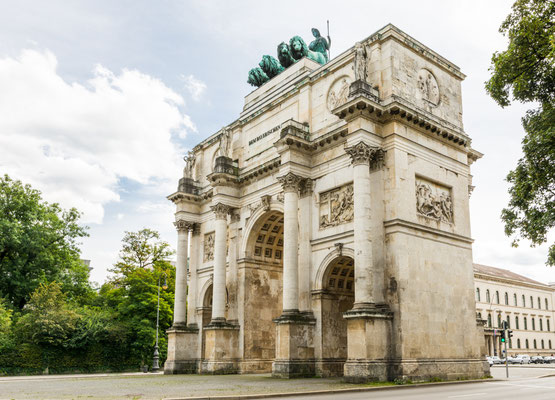 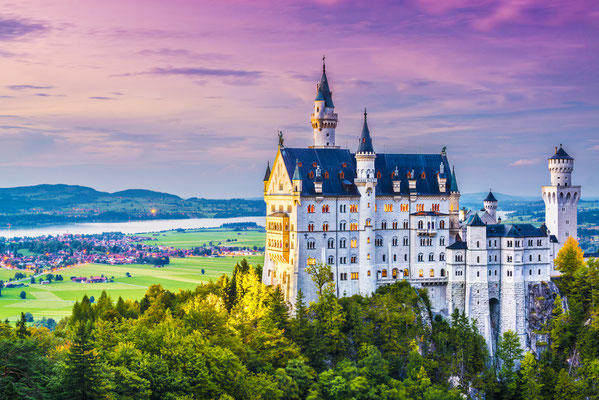 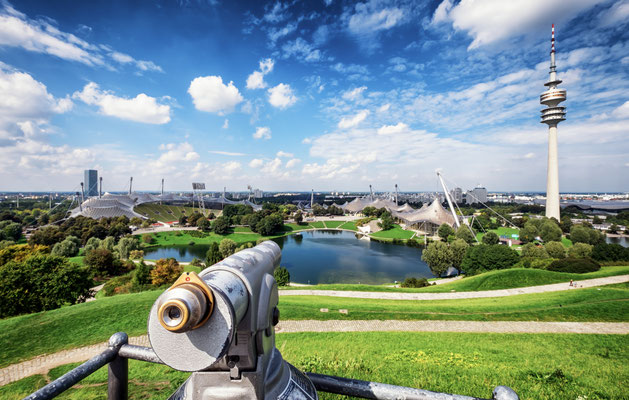 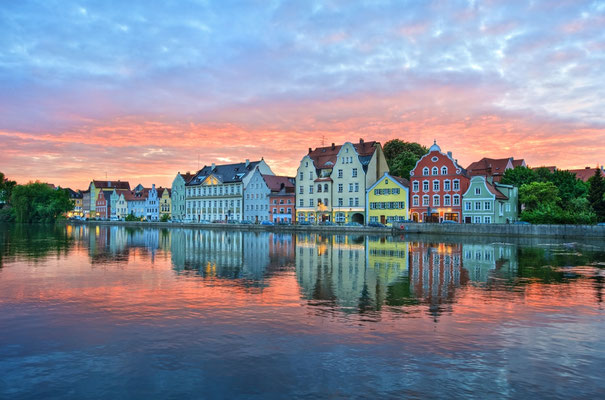 The baroque palace in the west part of Munich was the summer residence of the Bavarian monarchs. Five generations of Wittelsbach rulers were involved in the construction of this stately ensemble, which houses several outstanding collections.

Munich's largest and most traditional breweries cordially invite you to join the festivities. Drink beer by the litre (teetotallers don't need to worry: sodas and water are also available), eat traditional Bavarian food such as pretzels with a diameter of 15 inches.

The Stachus Passagen – Europe’s largest underground shopping centre is located in the heart of Munich, directly at Karlsplatz. Surprising, varied, stylish and central. On an area of 7,500 square metres (255,918 square feet) visitors and customers can expect an excellent assortment of goods for daily requirements and “to take them quickly”, as well as trendy shops and boutiques.

"The Englische Garten (“English Garden”) is one of the largest urban parks in the world. The layout has undergone constant change throughout the centuries as new buildings and green spaces were added time and again.

"The Kirche St. Peter (“Church of St. Peter”) is one of Munich’s landmarks, the oldest parish church in the city, and is known affectionately by the locals as Alter Peter (“Old Peter”). The church stands on a hill called Petersbergl, which is the only noteworthy elevation within the Munich’s historic Old Town.