The province of Rome is a matching frame for the many treasures of the capital, and the surrounding area has, more or less directly, experienced the influence of the history of the Eternal City.

A region with a great deal to offer: sea, nature, good food and villages rich in history and art. The sea, the hills, lakes, rivers and vineyards: the surroundings of Rome offer a kaleidoscope of diversity and attractions for nature lovers.

Located in Lazio in central Italy and facing the Tyrrhenian Sea, the province of Rome enjoys a Mediterranean climate on the coast and a continental one further inland. The coast stretches from north to south, from the area including Fiumicino and the towns overlooking Lake Bracciano, the largest in the province, to the border with the province of Latina.

The Tiburtino-Sublacense area, crossed by the river Aniene includes the regional parks of the Lucretili and Simbruini Mountains.

It is characterized by green olive groves. The territory which includes the Prenestina area and the Lepini Mountains is nestled between the Aniene Valley and the Albani Hills.

The volcanic lakes of Nemi and Albano characterize the Castelli Romani area, a holiday resort since ancient times, thanks to the mild climate and the gentle landscape.

Even before becoming the capital of the Italian Republic, Rome had always played a key role, in Italy as well as in Europe. Caput Mundi in Roman times and later home of the papacy and the capital of the Kingdom of Italy, at international level Rome has always been a major political, cultural and spiritual influence.

Situated in the real heart of Rome

Set on the edge of the Villa Borghese Gardens 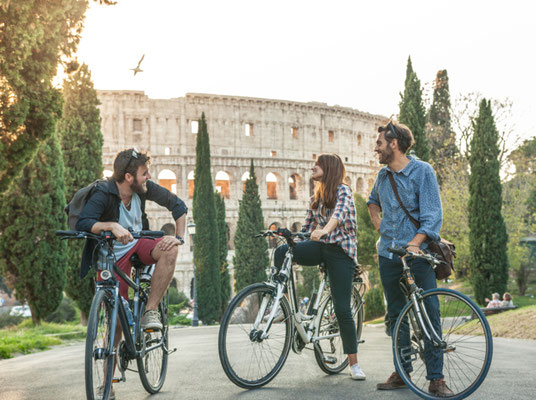 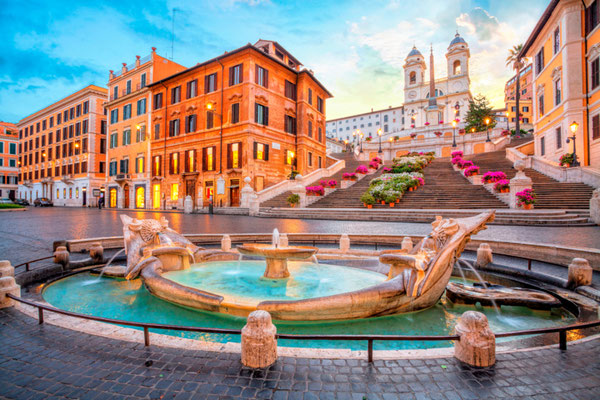 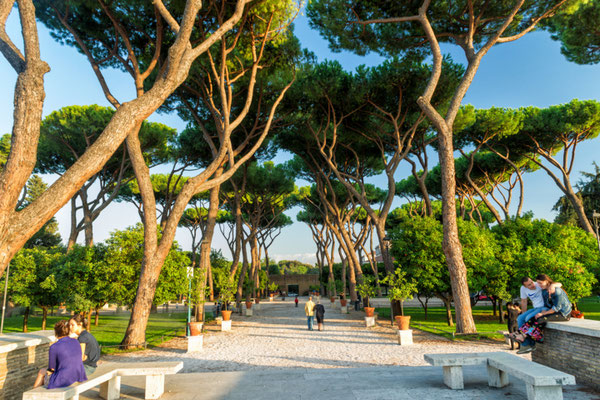 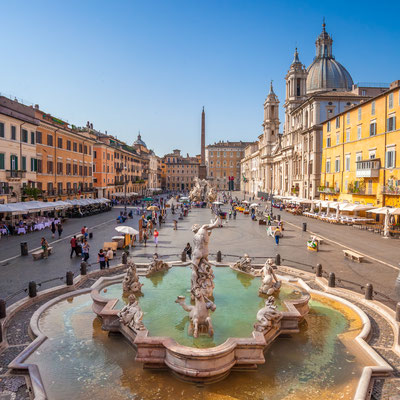 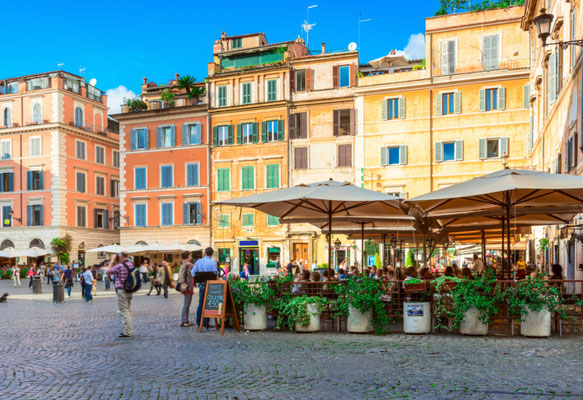 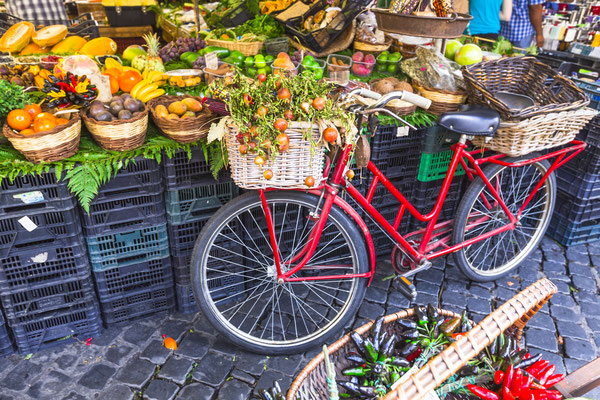 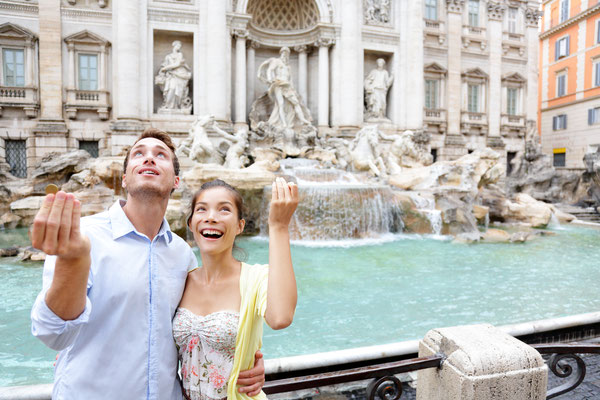 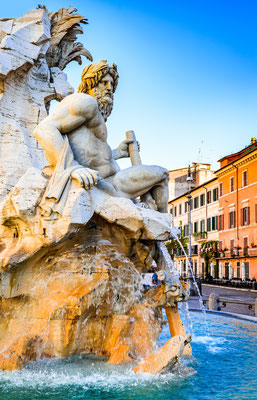 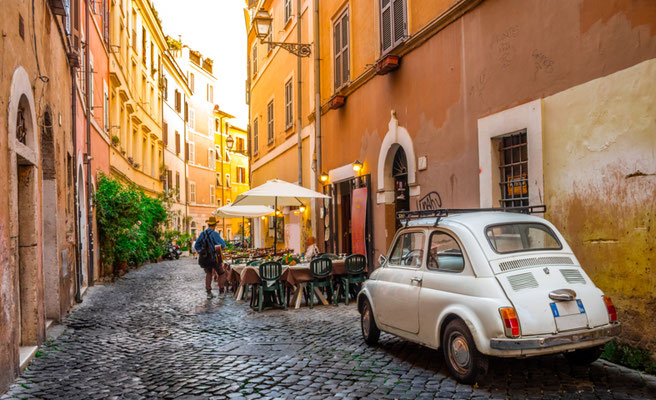 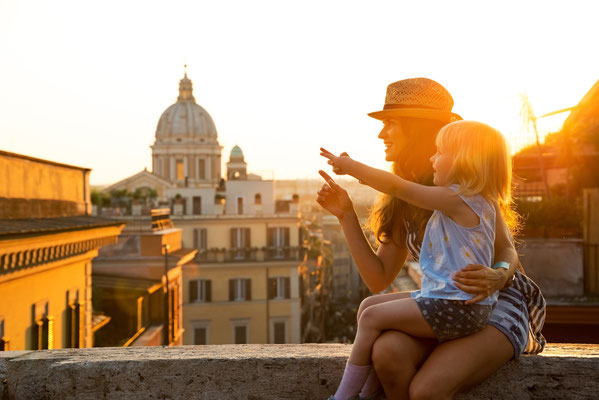 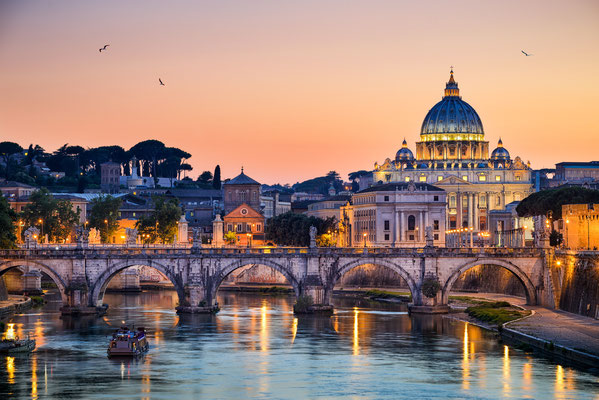 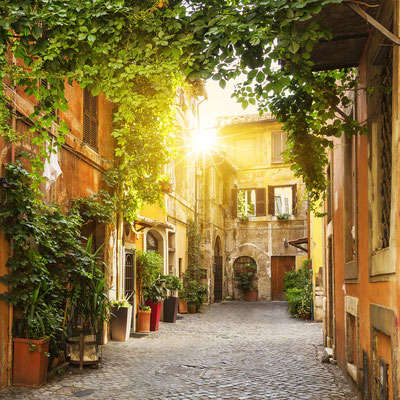 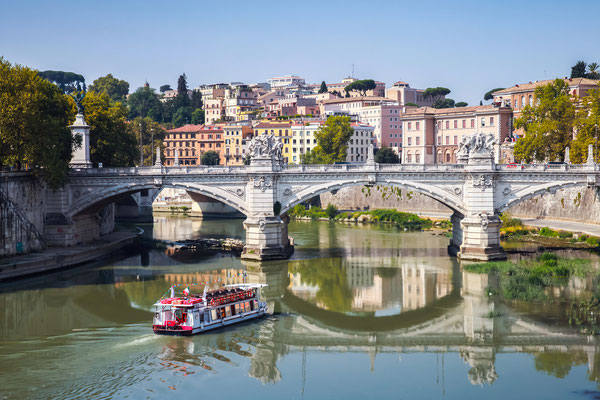 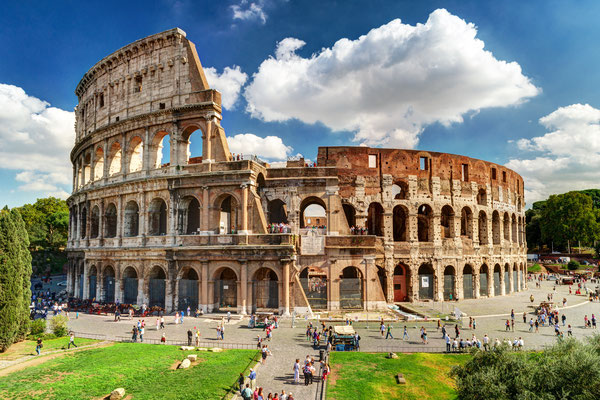 Antiques, collectables, new and used clothing, shoes, vinyl and CDs are all up for grabs at weekend markets located along some of Rome’s most frequented streets and squares.

For those who are always looking for something original, or something that is no longer fashionable, the antiques markets are the place to go. These markets offer all kinds of competitively priced goods.

From April to October guided tours are once more available to visit the gardens created by the Caetani family in the ruins of a mediaeval city.

The Giardino di Ninfa, is a splendid example of poetry and mediaeval architecture located at the foot of the Lepini mountains in the province of Latina; visitors are thrown into an unpolluted environment where many writers, such as Virgina Woolf, Truman Capote, Ungaretti, and Moravia, found inspiration for their creations, a true literary salon.

A quick gastronomic break, enjoyed al fresco. Street food has become the latest tasty trend, but in this field Rome already has a strong tradition. Pizza, for starters. Walking in the city, you cannot help but notice the truly remarkable number of pizza slice shops known as pizzerie a taglio. Of course quantity does not always mean quality, but word of mouth is enough to avoid any mistakes.

On entering the piazza, one is immediately taken aback by such elegance: the yellow, brownish ochre-coloured buildings, Bernini’s fountain and the celebrated Spanish Steps rising up towards the Church of Trinità dei Monti, all helping to create a refined, eighteenth century atmosphere.

The terraces of the Vittoriano (Altar of the Fatherland)

Few words can adequately describe the simply breathtaking view which may be enjoyed from the Terrace of the Quadrigas on top of the Monument to Victor Emamuel II, the Vittoriano or the Altar of the Fatherland.

Two glass lifts, which first went into use in 2007, take visitors up to the top of this massive marble monument for a unique 360 degree panorama of the eternal city.