A practical tip from the start: If you want to explore Graz, wear comfortable shoes and loose clothing. The reason why is easily explained: Even if Graz is actually small – the second-largest city in Austria with a quarter of a million residents, by no means a “big city” – you should be prepared for the fact that time also flies in the many short lanes.

Comfortable footwear goes easy on busy feet here. In the historic old town with its roads, streets, squares and courtyards there’s lots to explore and even more to be enjoyed, for Graz is also the culinary capital which you should not only see but taste as well. You should obviously use your sense of taste and smell, because in no other city is “Austria’s delicatessen” as omnipresent as it is here.

The largest stage on which the residents of Graz stage their life is the historical center with its Renaissance core, which has also been named a World Cultural Heritage site. This delightful treat of medieval city flair with its unmistakably Italian influence has been resourcefully seasoned with contemporary architecture that blends into the historical structures in a wonderfully self-evident manner. The “Kunsthaus” (art exhibition center) and the floating island in the Mur, which was opened in 2003 when Graz was the Cultural Capital of Europe, stand for a whole range of additional examples.

In this environment a cultural life blossoms that continues to experience new highlights again and again in the most varied festivals such as styriarte, Jazz Summer, Seranata, steirischer herbst, La Strada and Elevate and which is complemented by an active design scene. The music and theater scene in the city is also quite lively: The opera and theater house are valued for their high quality in Austria as a dramatic arts stage and, at the same time, it is a place where numerous free stages and groups, keen on experimenting, can show what they’re made of. A separate university for music and the performing arts provides for young talented actors, directors and composers. It also nurtures the musical scene in the city as the musicians studying and teaching here revive classic, jazz, contemporary and even folk music, which has recently emerged with new self-confidence and interpreted its traditions – once again, typical of Graz – in a timely fashion. As is befitting for the capital of Styria, the green heart of Austria, Graz also presents itself as a city in which you needn’t choose between urban flair and rural idyll, as both are always available.

Geographically speaking, Graz is situated in a basin which opens to the hilly countryside of the Styrian wine-growing region in the south and which is bordered by the alpine pastures of the eastern foothills of the Alps in the north. From a culinary point of view, you could just as well be talking about a woven basket, instead of a basin, which is always replenished with food that is unparalleled with regard to variety and quality.

The outskirts of Graz is marked by small-scale structured agriculture and areas of intact nature which deliver top quality. 15 Styrian culinary regions supply Graz with meat, fish, fruit and vegetables and make the city a first-rate culinary capital. Thanks to the Grazer “Krauthäuptel”, a crisp specialty lettuce, Graz itself is one of these culinary regions. In no other Austrian city are chefs in restaurants and inns able to obtain such fine ingredients so easily. Thus, a visit to Graz is always a culinary experience with seasonal highlights. In Graz, good food, accompanied by excellent wine and beer, is, of course, not limited to exclusive gourmet cuisine – it is, like so many things in Graz, everyday quality.

The Christmas market is 100 m away

This hotel has an excellent location score of 9.8

The Christmas market is 300 m away

This hotel has an excellent location score of 9.8

The Christmas market is 400 m away

A café and a florist are also located at the hotel

Sauna, a fitness room and an indoor pool 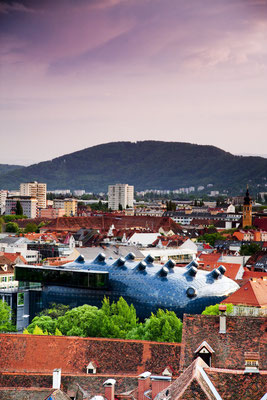 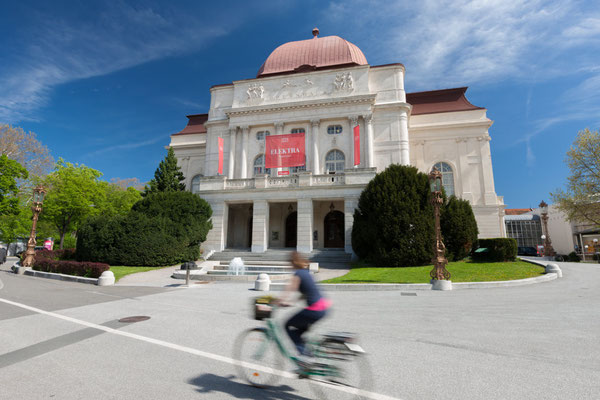 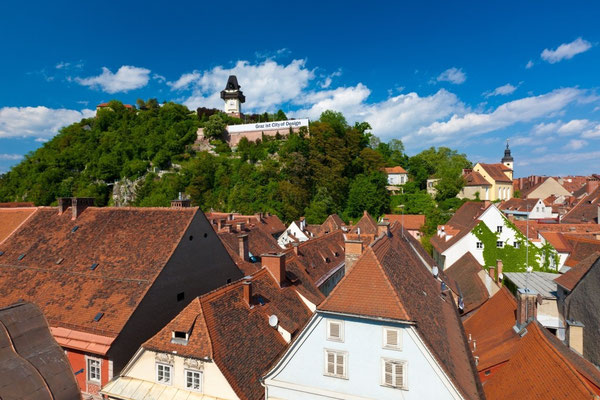 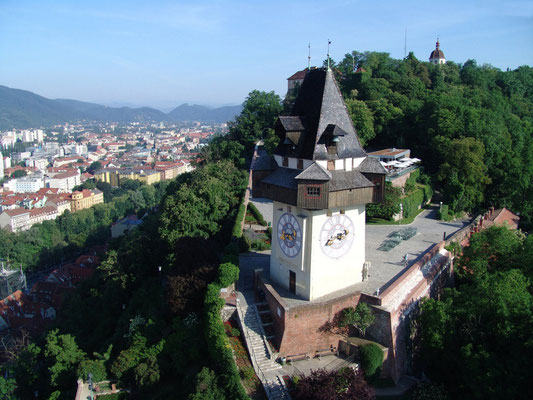 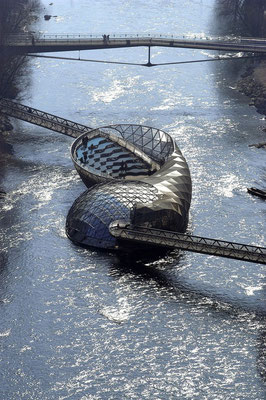 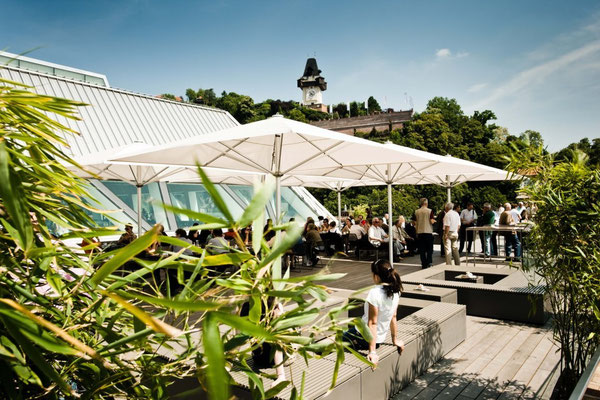 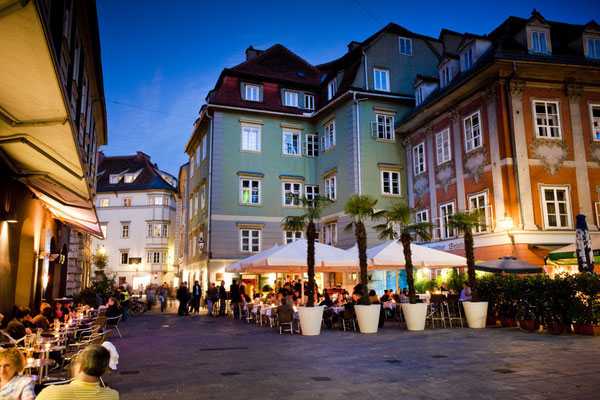 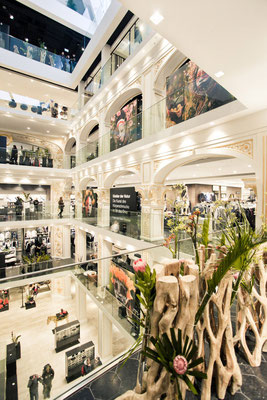 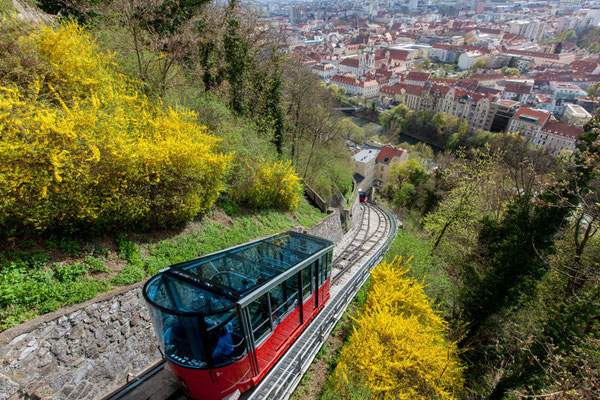 Although the clockworks in the tower have struck the hours accurately since 1712. Standing at the romantic landmark of Graz you could be forgetting time. The fortified medieval tower got its present shape around 1560. And its characteristic wooden gallery as a fire station. Three bells are ringing from the Clock Tower. Three coats of arms decorate the walls. People often come here in pairs. To dream or to kiss. A truly uplifting feeling.

Something extra-terrestrial in the World Heritage site of Graz? Like a huge bluish bubble the landmark of new Graz is hovering above the right bank of the river Mur. Since October 2003, Kunsthaus – affectionately called "a friendly alien" by its creators, Peter Cook and Colin Fournier – has attracted people with spectacular architecture and changing exhibitions of contemporary art. Moreover, Kunsthaus is a symbol of the harmonious co-existence of old and new in Graz.

What was meant to be a temporary project of the Cultural Capital of Europe, Graz 2003, has turned into an attraction – the island in the river Mur. The New York artist Vito Acconci designed a steel grid structure in the shape of a half-opened shell. The open part – an amphitheatre for performances but also a resting place for sun-seekers. The covered part – a very trendy café. The island also functions as a bridge between the two banks of the river Mur.

This funicular is the stylish way to get up the Schloßberg. It has been trundling up and down its tracks on a 61% gradient since 1894. Take your time to explore the paths twined around the hill. A puzzle: can you work out how the cars of the Schloßbergbahn sidestep past each other? If you find the right spot on the path, maybe... For a spectacular descent, try the "Kriegssteig" - the staircase that zig-zags down the cliff face to the Schlossbergplatz.

Incredible 32,000 historical arms and military equipment on five floors. The Landeszeughaus (Provincial Armoury) in Herrengasse is reputed to be the most outstanding historical weapons collection in the world. On the ground floor – an exhibition explaining the historical background. And above it, an impressive arsenal of rifles, armours, staff and bladed weapons dating mainly from the 16th and 17th centuries. And all that in the original building which was erected in the middle of the 17th century to serve as an armoury for the Styrian estates. Especially in their fight against the Ottoman Turks.